IFA this week met with the EU Commission in Brussels to discuss the new rules on simplification of the CAP and how they can be implemented in 2016.

IFA National Chairman, Jer Bergin got a commitment from the Commission that the new CAP rules currently on the table by Commissioner Phil Hogan will be mandatory this year.

The new rules involve a reduction in sanctions where there is an overclaim of land, a yellow card system and a preliminary check of BPS applications.

It was also confirmed to IFA by the Commission that all farmers will start with a clean sheet in 2016 with regard to new regime on tolerances. 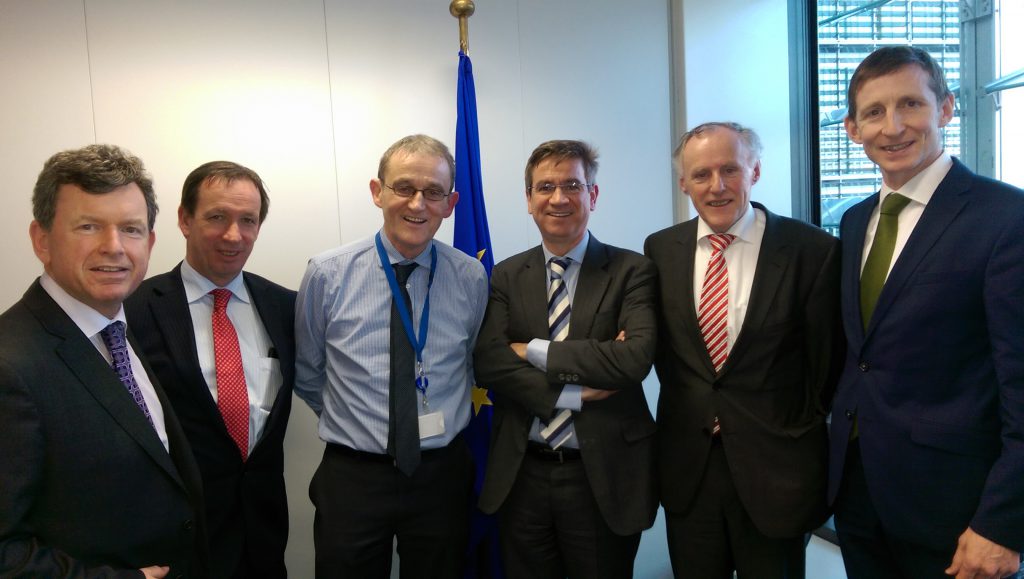 In relation to preliminary checks, Jer Bergin said this will allow farmers to amend their applications for a period of 35 days without sanction. This will lead to fewer errors and sanctions, particularly as more farmers make their applications online.

IFA pointed out to the Commission that moves on CAP simplification must be followed up by further relaxations on the cross compliance regulations.

Jer Bergin also discussed with the Commission the difficulties farmers are facing with the greening requirements under the CAP, which applied for the first time in 2015.

Buying fertiliser? Issue of supply to dominate in coming weeks