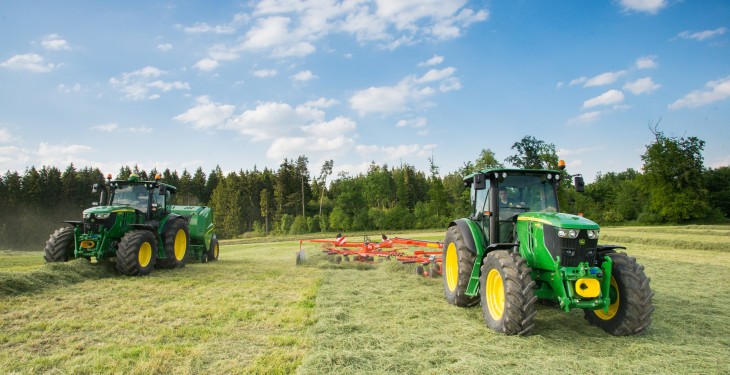 “Accept the risks of farming on entering into a farm partnership,” that was the advice of Laurence Sexton, LJG Dairies who was outlining his experiences of farm partnerships at the Teagasc National Farm Collaboration Conference in Clonmel recently.

Sexton is based in West Cork, along the Wild Atlantic Way and has been farming in his own right since 2003. He had been farming in partnership with his parents from 2000, but classed himself as a full-time builder, part-time farmer during that period.

In his presentation, Sexton outlined the process of how the farm partnership with two of his neighbours came about. He said: “We used to meet at matches, mass, etc. I was encouraged me to join a discussion group. I was never afraid to try new things – once a day feeding, grass budgeting, 13 times a week milking, out-door wintering of weanlings.”

“We went to partnership meeting. John (1st farm partner) was very enthused by it – I was a little more reticent. We met with a few other partnerships, got a great vibe from them. We had plenty of meetings, took minutes, Met advisors, Met accountants, Met partnerships, Spoke to solicitors.”

So what’s in a farm partnership for me? Sexton asked the audience. He said: “Company, friendship and also backup and debate are key parts. Working with others get more done. Time off is great. I get a chance to travel with the reassurance that the farm is being run properly in my absence.

Sexton noted that scale is also a key benefit. He commented: “Its not as daunting as it seems. There is much more a need to keep on top of things, and to talk straight about things.

He added: “You’ll notice that the money is not as big a part. As this needs to be decided before you start.

He advised farmers considering a farm partnership to put all the questions out on the table before entering into an agreement. “If there is something on your mind no matter what it may be let your potential partner know.”

Sexton also was keen to highlight that farmers should prepare in advance for the end of the partnership. He pointed out that all farm partnerships will come to an end for a variety of reasons be it natural causes or a falling out between the parties. “It’s vital that this is planned for in advance,” he said.