The importation of beef from outside the EU not only “undermines the livelihoods of farmers but is also damaging our climate”, Minister for Communications, Climate Action and Environment Denis Naughten has warned.

Minister Naughten made the comments while speaking at this week’s EU Council meeting of European Environment Ministers.

Minister Naughten told his colleagues: “The EU cannot allow a situation to develop where trade agreements lead to an overall increase in global emissions, by shutting down production in Europe and pushing up emissions in other parts of the world.

“There is an acceptance at EU level that we must give special treatment to certain industries with high carbon emissions, in order to keep them in a very regulated Europe, rather than a free-for-all outside our borders.

We now need to do the same on trade where there must be a level playing field on carbon efficiency when it comes to production.

Minister Naughten committed to work with his French counterpart to ensure that EU trade agreements do not lead to an overall increase in global carbon emissions.

Meanwhile, it was revealed in a recent European Union audit that Brazilian meat processing plants still have a number of shortcomings to address. The audit report was published on Monday (June 25).

The inspections were carried out on behalf of DG Sante, the European Commission for Health, Food Safety and Energy Union projects.

While some of the audit’s targets were satisfied by plant procedures at some of the processors visited, others prompted the auditors to put forward recommendations that are needed for standards suitable for export to Europe.

The audit, which took into account beef, horse and poultry plants, reported one recommendation as:

To ensure that slaughterhouse staff do not perform activities, which under EU law are restricted to official auxiliaries – in particular post-mortem inspection – in order to meet the requirements of the public health attestation.

Another recommendation put forward read: “To ensure that the procedures to deal with RASFF [European Food and Feed Safety Alerts] notifications clearly specify that all products still stocked by the food business operator from batches involved in RASFF notifications are controlled and downgraded in order to avoid certification to the EU.” 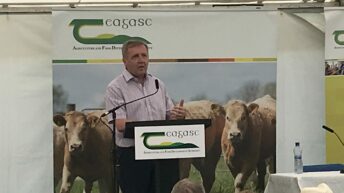