National beef kill continues to fall – down 30,000 on last year

The national beef kill last week was down again from the same week last year, figures from the Department of Agriculture show.

The national beef kill is also down 148 from the week beginning May 18, it says.

The figures from the Department also show that the cumulative national beef kill is down 30,000 from the same time last year when the beef kill totalled 692,316.

The steer kill increased from the same time last year; 10,013 for the week of May 25 compared to 9,069 in the corresponding week last year, it says.

In the IFA’s latest cattle price update it says that numbers are very tight and that there is a strong factory demand. 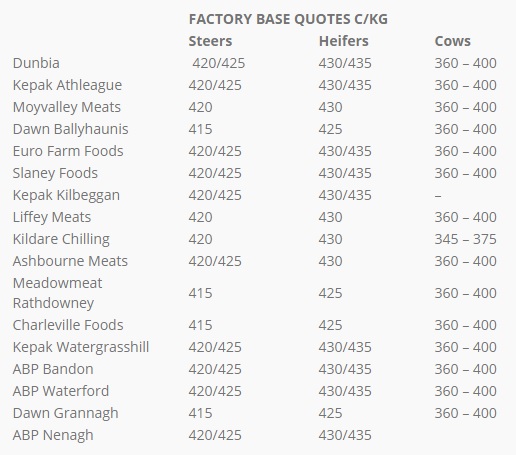