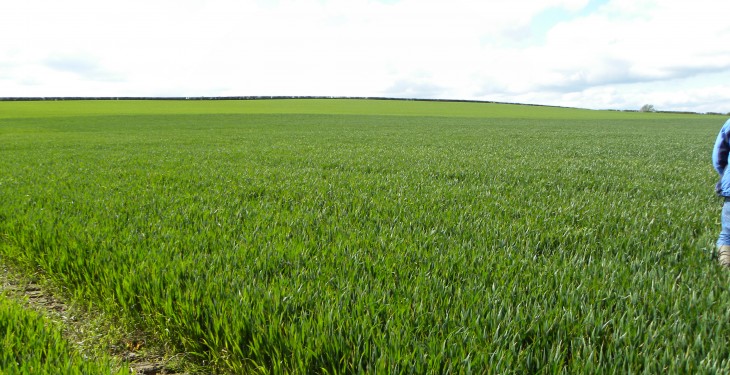 Winter tillage crops are up to 10 days behind normal growth rates, according to Teagasc.

It says that most wheat is at flag leaf stage (gs 37-39), with advanced crops in booting (gs 45). All winter barley is now well headed and flowering. Wheat remains visibly clean but mildew, Rhyncho and blotching is reported in barley.

Crops continue to develop slowly and remain free from significant visible disease. Most wheat is at flag leaf stage (gs 37-39), with advanced crops in booting (gs 45), it says.

Crops are visibly clean from Septoria which is likely due to the cool temperatures delaying latent disease from appearing and most T1’s having been applied in a protective rather than a curative manner.

Winter barley is now in the grain filling stage, Teagasc says, and crops have low to moderate levels of disease with Ramularia now more evident.

Recent heavy rain and wind did minimal damage as most crops were not yet at the vulnerable stage for lodging. Yield potential is mixed with many excellent crops but also some reports of thinner than normal crops.

Teagasc goes on to say that most crops are heading out (gs 51-59) and look to have good potential; however the weather during flowering will be critical for grain development. Disease levels remain low in most crops.

Unsprayed plots in DAFM trials have high levels of disease, indicating the benefits of fungicides in 2015.

It also says that most crops are at late flowering to pod filling stage. Yield potential appears good with less problems of Light Leaf Spot damage compared to last year.