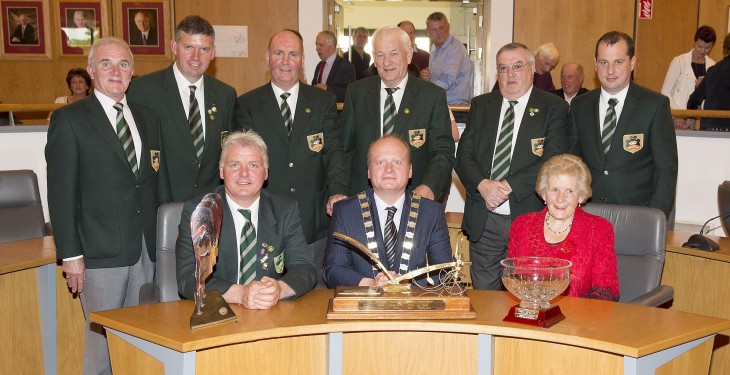 Hailing from Bagenalstown, Co. Carlow, Tracey won first place for the Republic of Ireland in the Conventional Ploughing Class at the 2014 World Ploughing Contest.

The Carlow man has represented Ireland on an international level a total of nine times, having previously achieved silver and bronze medals before receiving the gold award last year.

To win a world championship is an achievement which is extremely rare and shows the Eamonn’s tremendous commitment and dedication.

Managing Director of the National Ploughing Association Anna May McHugh said it is great to see Eamonn Tracey’s tremendous achievement being recognised by Cathaoirleach Fergal Browne and Carlow County Council.

“It was a fantastic win both for Eamonn and his family, and Irish Ploughing as a whole. And it is with pleasure that we all wish him the best of luck as he will again represent Ireland in this years World Ploughing Contest in Denmark,” she said.

General Secretary of the World Ploughing Organisation, Anna Marie McHugh said that Ireland has always been highly respected internationally in terms of producing ploughmen to compete on the world stage.

“Eamonn as the current World Ploughing Champion is held in extremely high esteem not only in Ireland but across the international ploughing community,” she said. 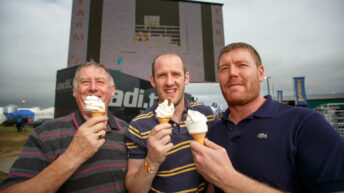 Some of the best sights and sounds from the Ploughing 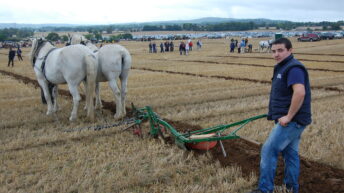