Isaac and Elizabeth Crilly, a husband and wife team from Castlederg in Co. Tyrone, are two of the best sheep farmers on the island of Ireland.

However, Isaac admitted that this hasn’t always been the case. He discussed some of the breeding changes that have taken place on their farm at the recent Irish Grassland Association Sheep Conference.

The husband and wife team run an intensive sheep-only enterprise on 67ac. To maximise the output of their system they decided to move away from continental breeding.

“20 years ago we had a great flock of continental sheep that were producing E and U grade lambs. 90% of our lambs were either E or U grade.

I am not ashamed to say that I was disappointed if I didn’t get a mention, cup or prize at the annual meeting of our lamb producer group.

“But the prize money didn’t add much to our profit at the end of the year.

“Our lambing percentage was dropping and the number of lambs sold per ewe joined in 2013 was back at 1.3,” he said.

To counteract this, the Crillys decided to change tact when it came to the breeding policy on their farm.

“18 years ago 65% of the ewes lambed unaided, while the guts of 30% needed assistance at lambing. That has changed significantly.” 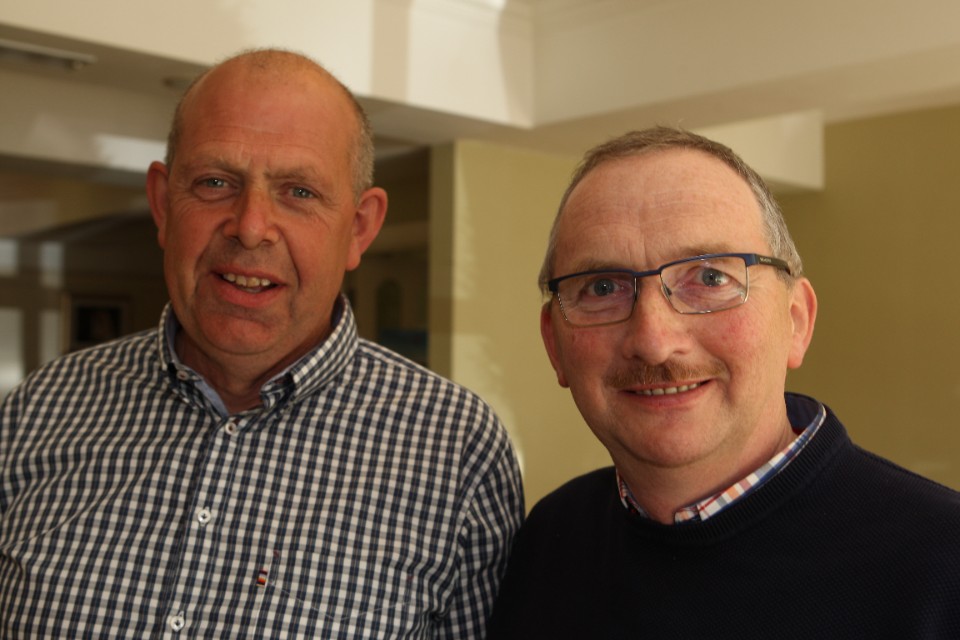 The farm now has a clearly defined breeding policy.

Isaac admitted that one of his key aims in the coming years is to maintain the current level of performance from his flock.

To achieve this, he is willing to look at introducing other breeds.

Those breeds are not sacred on my farm. If I see a breed out there that will make a difference, or I think will improve my flock, I will have no hesitation in giving it a try.

“Even if that is only for the lifetime of a ram or a couple of seasons,” he said.

“The sheep industry is really a traditional industry in a lot of places and there is so much tradition in there that some farmers have stopped thinking outside the box.

“It’s important to look at flock genetics to get more production from grass,” he said. 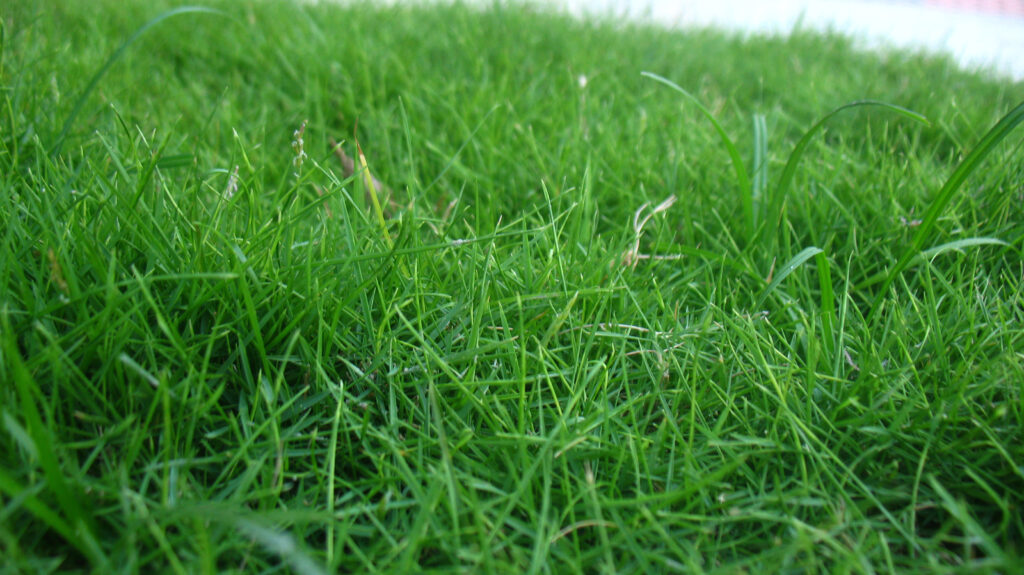 The change of breeding policy has paid dividends and last year the Crillys sold 779 lambs. Lambs sold per ewe joined sat at 1.87 and 1.91 over the last two years.

A lack of sunshine last summer, leading to poor lamb thrive, was blamed for the fall witnessed in carcass sales and gross margin.

Isaac explained that marketing lambs is an area where his thoughts differ from other farmers.

“The pressure for grass in the system means that I cannot afford to not keep lambs moving on. Once the first lambs come fit, I weigh and draft regularly.

“Lambs are often drafted at the start of the season at a carcass weight of 17-18kg, but I don’t mind the lighter weights as they often return more than lambs drafted at heavier weights later in the season – due to seasonal price reductions.

“I believe it is important to deliver what the market requires as it is ultimately this that influences the demand for our produce.

“Lambs are marketed through the Tyrone Quality Livestock group and typical carcass weights range from 18 to 20kg over the season.”

“Ram and ewe lambs are split at weaning. Ram lambs receive a low level of concentrate from August onwards.

I find this helps thrive, keeps a nice cover on lambs and pays for itself with the increase in kill-out and saving from quicker movement.

“There are generally less than 20% of lambs left in October with only very small numbers present when breeding starts towards the end the month.”

The Tyrone-based farmer added that a market is also developing for maternally-bred ewe lambs and it’s good to see some repeat customers returning to buy stock from his farm.

Isaac and Elizabeth also implement a strict culling policy, which is focused specifically at culling lame and under-performing ewes. 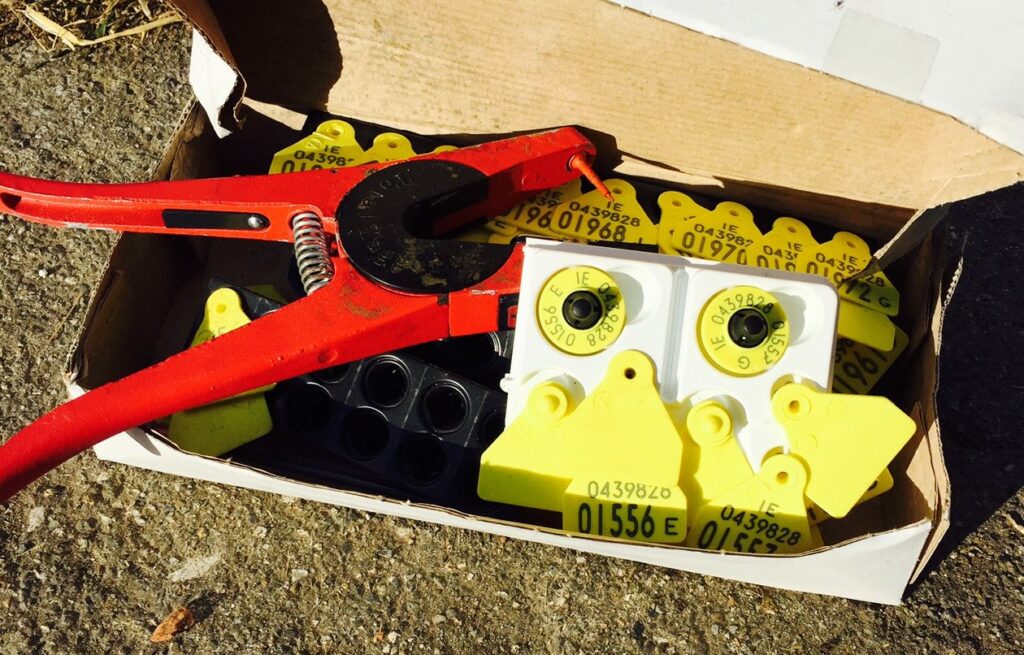 At lambing time, he said, any problem ewes are tagged and are either culled then or at weaning.

Seven years ago, a silage shortage in the month of February forced the Crillys to look at an alternative method of feeding their ewes over the winter months.

“We ran out of silage a few years back and started to look at different options to fill the gap.

“Working with my local adviser, we took a chance on introducing an all-concentrate diet.

“There was some information available on feeding levels, but there were no other farmers that we knew of working with such a feeding programme.

“It worked better than I could have ever imagined and, unless something radically changes, I won’t be going back to feeding silage.”

Benefits of an all-concentrate diet:

How does the system work?

Once the ewes are housed in December, Isaac explained that a diet of soya hulls and minerals is introduced.

“An allocation of about 0.65kg of soya hulls is split into a morning and evening feed, with straw offered to keep the ewes content and to avoid digestive upsets.

“Ewes are generally scanned in January and fed thereafter, depending on their litter size, with soyabean meal added into the mix.

“This feeding system is not for everyone but it works super for us,” he said.

Table: Feeding levels for twin-bearing in the final nine weeks of pregnancy