The issue of income volatility on Irish dairy farms is addressed in a new report which evaluates the effectiveness of existing and proposed risk management tools, according to Teagasc.

The document by economists from Teagasc, Cork Institute of Technology and University College Cork concludes that dairy farmers in Ireland may require multiple risk management tools to address income volatility.

The new report is entitled ‘An evaluation of suitable tools to manage price/income volatility at dairy farm level in Ireland’, and was funded by Dairy Research Ireland.

It assesses the different forms of risk faced by Irish dairy farmers, including: output and input price; production; weather; and animal disease risks.

The research highlights the large increase in the volatility of milk and input prices over the last decade, the consequences for farm income volatility and the limited range of tools available to manage the associated risks, according to Teagasc.

These potential options include: revenue insurance and gross margin insurance schemes; and a taxation-related deposit scheme known as the ‘5-5-5 income stability tool’, which has been proposed by a number of Irish dairy industry stakeholders.

The research highlights a key limitation of the current income averaging system in the context of dairy farming.

However, the report cautions that farmers would ideally take advice from a professional, such as their accountant, so as to understand how best to effectively use the tool for their farm.

The report contains analysis of the gross margin scheme in the US, which has been relatively unsuccessful to date, due to low levels of farmer participation.

The research concludes that in a grass-based dairy system, such as Ireland’s, creating this type of insurance product would be challenging, as the estimation of a dairy farm’s gross margin is less straight forward in Ireland than in the predominantly feed based system in the United States.

In an Irish context, the report also notes that gross margin insurance could be costly and that tiered levels of cover with different associated premia would be required.

Public support, to at least cover part of the farmer’s premium payment, would also be necessary, in order to persuade private insurers to offer such insurance products.

The research also utilises Teagasc National Farm Survey data to show the important role of direct payments in providing farmers with a buffer from price volatility.

However, the report also cautions that the effectiveness of this support buffer is likely to be watered down as dairy farm output increases and the nature of the direct payment supports could change in the context of Brexit and the impending CAP Reform.

Ultimately, dairy farmers need a suite of risk management tools. Usage of any of these tools by farmers is, and should remain, a voluntary undertaking.

Farmers will require support in the form of education with respect to these tools in order to develop a risk management strategy that is favourable to their individual circumstances.

Overall, the report concludes that, without a higher rate of take-up of risk management tools, Irish dairy farmers will face an even greater challenge in managing farm income variability.

This could bring potentially negative consequences for the development of the wider agri-food sector through the curtailment of investment at both the farm and processor level, the document concludes. 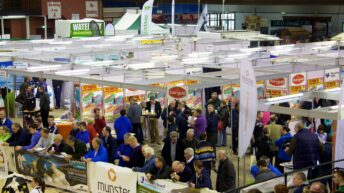