Changes contained in The Heritage Bill to the periods within which managed hedge-cutting will be permitted have been described as “proportionate and necessary for driver safety on rural roads”.

This is the view of the Irish Creamery Milk Suppliers’ Association (ICMSA), which has welcomed the move.

Denis Drennan, chairperson of the ICMSA Farm and Rural Affairs Committee, said that the Heritage Bill – which is at report and final stage in the Dail currently – was a considered and environmentally ‘proofed’ piece of legislation.

He added that it “balanced carefully the need to protect and foster the wildlife and environment with the requirement to allow safe driving on rural roads”.

Drennan said it was no more than stating a fact to observe that many rural roads are made incredibly dangerous to use by overgrown hedges and completely obscured sightlines.

He noted that anyone who drives regularly on rural roads will know about the dangers presented by crossroads without any clear sightlines for both cars or agri-machinery but even more so for pedestrians.

Drennan said it is a fact that rural dwellers have to be able to see down the road if they are to be able to drive safely – and that can’t be done unless the changes contained in the Heritage Bill are made.

Any proposal to hedge-cut will be examined and considered subject to the most stringent conditions and restrictions, Drennan said.

In the opinion of his organisation, the Heritage Bill represents a “very fair balance between environmental considerations and the safe use of rural roads”, Drennan concluded. 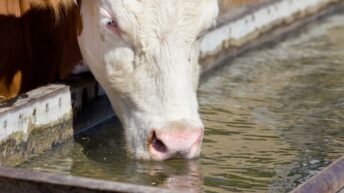