Minister of State calls for loyalty over Hogan’s commission bid 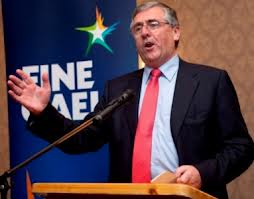 The Minister for State at the Department of Agriculture Tom Hayes has called on a show of loyalty from those that represent Ireland in Europe as Phil Hogan looks in with a chance of getting the European Commissioner position for agriculture.

Speaking recently at the Young Farmer of the Year competition in Bantry Minister Hayes said: “I am very concerned at the attitudes of some that represent Ireland in Europe.

“We need to send a note of caution. People that we send to Europe need to represent Ireland in Europe and not be snapping at people that may have a very influential role to play particularly in agriculture.”

He also said that his is showing a lot of disloyalty on the European stage. “That has got to change and we have got to be more loyal and stick together as a country and as a people.”

The Minister for State also addressed the issue of the beef crisis in speech at the event. “Beef farmers up and down the country are going through an extremely difficult time. People are extremely concerned about their incomes.

“I think it’s time now for the meat factories to show their interest in keeping people on the land. It is high time for those factories to talk more to farmers about specifications that are needed . There is a real concern right across the industry.

“I want to say quite clearly hear tonight that the meat factories have a responsibility to support and help farmers in this difficult time.”