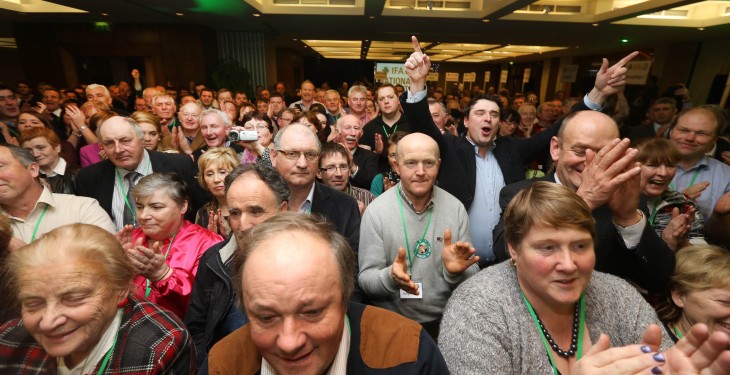 Minister for Agriculture Simon Coveney has congratulated Meath man Eddie Downey on his election as the new president of the Irish Farmers Association (IFA).

“This was a keenly fought contest between both candidates right down to the wire and just shows the high esteem this position is held in,” the minister said.

“The IFA is an organisation with 88,000 members that provides strong representation for farmers across a range of services which is extremely important for farmers right across the country. The IFA is a very effective and professional organisation and I have had a very good working relationship with them since taking office two and a half years ago.”

The minister also paid tribute to outgoing president John Byran “for the leadership he has given the organisation as president during a crucial time for agriculture particularly in 2013, which has been a historical year for the industry”.

“The Irish presidency concluding the Common Agricultural Policy has been a major milestone for our industry that has not been without its challenges this year including the horsemeat issue, the extreme weather and following  fodder shortages throughout  which the IFA and Bryan have showed great leadership for farmers and those in rural Ireland.”

He added: “I would like to wish Eddie and the new Deputy President Tim O’Leary the very best as they take office at a crucial time for our industry and look forward to working with them as we continue to ensure that our industry is a world class food producer and exporter.”

Meanwhile, Minster Coveney is expected to announce the level of government support for the next RDP on his return from Brussels today.

The IFA has been campaigning heavily for the Government to co-fund the next programme. However, increased reports suggest the Cabinet is committing to between 45 per cent and 47 per cent of the total spend incurred.