‘Milking over the winter is fine, but we have to be clear why we are doing it’

The results of an interesting study – which compared three different calving systems – were revealed by Joe Patton at the Teagasc Winter Milk event, held on September 4 in Johnstown Castle.

The study, which has been ongoing for the past three years, compared: a standard block spring-calving system; a block autumn-calving system; and a 50:50 split-calving system. The EBI, stocking rate, cow type and the standard of management were kept the same across all the systems.

Part of the study was to see if calving some cows in the autumn would the milk supply curve be flattened.

“This was particularly of interest from a processor’s point of view because the question was: If we had all these cows post quota, would we get a huge increase in peak requirement and would it be cheaper to flatten the curve through calving some cows in the autumn?” said Joe. 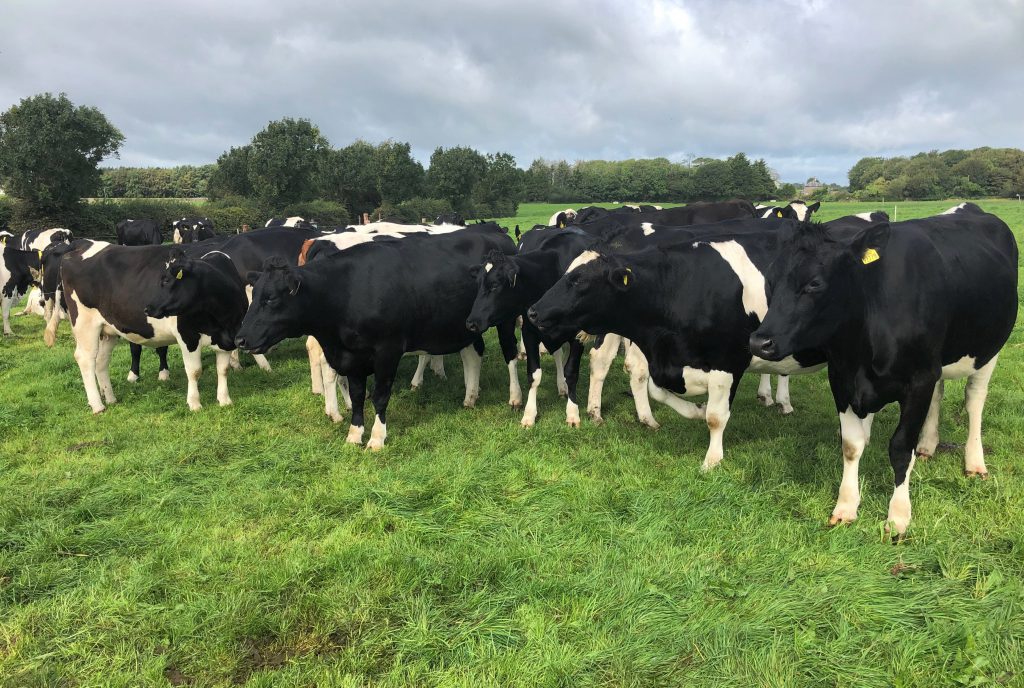 The results below are based on a three-year average for each of the three systems. The peak referred to is the daily average across the period from about late April into June.

While this is not when the peak occurs for the autumn and split-calving systems, it was the period that they were interested in looking at – to see what the difference at peak really is.

“At peak, the spring-calving system yielded 27kg/cow. Through calving 50% of your cows in the autumn, this dropped down to 24.6kg/cow.

So, by calving some of your cows in the autumn your daily average dropped by just 2.5kg/cow – at peak. This shows, given that 50% of the herd calves in the autumn, the difference at peak is relatively small.

“One of the important lessons from this, and it is really one for processors, is you won’t really fix the peak capacity problem through incentivising people to calve some of their cows in the autumn.

This is a very small difference at peak in the factory, but it has a massive effect at farm level. I think this is very important; how you can fundamentally change how a farm system is run for a very small gain in terms of managing peak.

“What it really says is winter supply and peak management are two separate issues for the industry. We have to understand what flattening the curve is. Do we mean flattening the curve by taking off the peak, or through supplying more milk in the winter?” expressed Joe.

Explaining why this is, Joe said: “For both the autumn and the split-calving system, there is a significant drop in milk yield in the months of August and September.

“The milk you produce in the winter period doesn’t come from May and June, it comes from late summer and early autumn.

“Extra cash-flow is not a reason for milking cows over the winter because, based on these three systems, which system is going to have the biggest milk cheque in August or September or October?

“I’m not saying not to do it, I’m just saying we have to be clear why we calve cows in the autumn,” he added.

Is it worth the hassle?

“What this means is, even though the autumn and split system are generating more kilos of milk solids – compared to the spring system – very little additional revenue is being generated by the farm,” explained Joe.

Finally, Joe compared the difference in labour and overheads across the systems. He said: “When we looked at farm level, the difference between the labour input on a spring-calving system versus milking all-year round is about four hours/cow/year. Machinery costs are also greater.

For a 100-cow herd, this is 400 hours/year of labour needed to manage the split-calving system versus the block system.

The study highlights that any financial advantage to systems with autumn calving requires a price incentive to, at the very least, offset any additional overhead costs – labour being one of these.