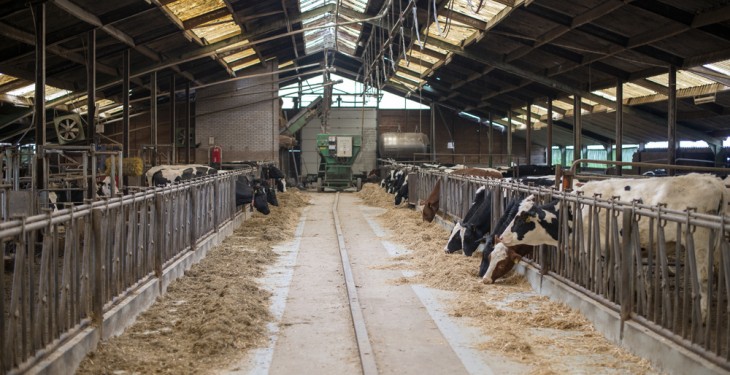 The average milk price in the same period was, however, only 35.45 c/kg milk – and thus 6c underneath the cost of production.

The study was launched as a common project of the European Milk Board (EMB) and the MEG Milch Board.

For October 2014, the price/cost ratio calculated by the MEG Milch Board showed a cost coverage of only 85% in Germany.

According to EMB President Romuald Schaber, the deficit between milk prices and the cost of production has ‘unhealthy’ consequences.

“The dairy sector suffers from anaemia and has little to build on. The daily production soaks dairy farmers so much that they are unable to put money aside for investments and are continuously fighting for their survival.”

According to Schaber, a growing number of farms are losing this battle and are thus forced out of business.

In the future, this tendency will be further reinforced, as due to EU policies the market will be more subject to crises.

“There is a possibility to defuse the situation by means of a Market Responsibility Programme (MRP)”, Schaber continues. “This programme, which can predict and prevent crises, is absolutely necessary.”

The EMB calls for the implementation of the MRP in order to strengthen the dairy sector and make it more sustainable.