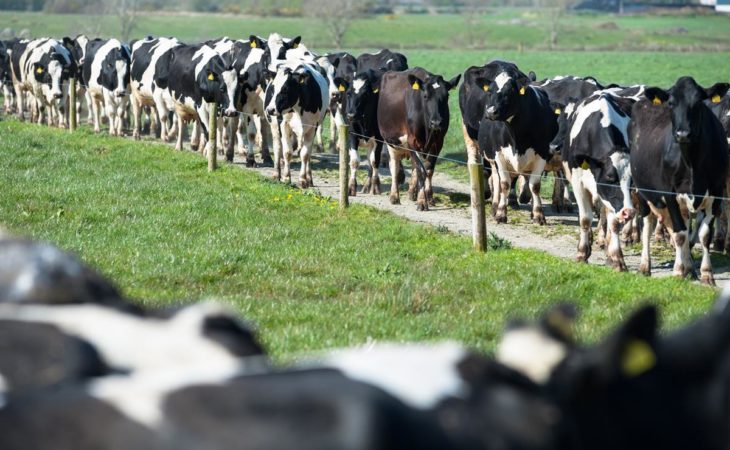 Some of the major processors have seen milk supplies decrease in recent weeks, with many also indicating that the need for fodder imports has drawn to a close.

Many co-ops were to the fore in sourcing fodder imports in recent weeks for farmers who faced severe fodder shortages.

A spokesperson for Glanbia confirmed that the processor’s milk intake for the year to date is down 4% on the same period last year.

Supply volumes in the first two weeks of April were down 10% versus the corresponding period in 2017, but this gap is now running at closer to 7%. The poor weather conditions have had a significant impact on milk volumes, the spokesperson added.

It is understood that no further imports of fodder are planned at this time.

“Demand for fodder solutions has fallen in line with increased grass growth, although grass utilisation remains very challenging in many areas,” the Glanbia spokesperson said.

As well as this, dairy feed sales continue at record levels, the spokesperson added.

During the two-week period ending on April 22, Dairygold’s milk collections were down 10% compared to the prior year – a decrease which has mainly been attributed to the difficult weather conditions experienced.

Supplies of fodder imported by Dairygold continued to arrive in to Ireland last week; the society has now imported over 5,500t of fodder, a spokesperson confirmed.

Grass is now growing quite well and fodder scarcity issues will diminish once ground conditions improve.

A spokesperson for Kerry announced that a further 10 loads of fodder were imported into the country since last Friday (April 27) in order to meet residual demand in pockets of the processor’s catchment area.

In total, Kerry has sourced approximately 6,000t of fodder – both in Ireland and abroad – for farmers. Some 4,500t of that has been imported.

Similarly to other processors, Kerry expects its milk collections to be down for the fourth month of this – with a potential decrease of 8% year-on-year on the cards.

‘The situation is largely under control’

Lakeland Dairies announced that it has, so far, delivered over 1,500t of fodder directly to farms – most of which has been pit silage, loose silage and bales.

A spokesperson for the co-op indicated that Lakeland has “ample stock in hand to supply further where needed”. In total, it has secured 2,500t.

Demand has been reasonably steady or low at Lakeland’s four depots and is decreasing further now.

In a statement, a spokesperson said: “Figures for March showed an increase of up to 25% in sales of concentrates compared to the same month a year ago.

Conditions are gradually improving and grass growth is accelerating. The situation is largely under control and alleviating.

“Milk supplies have remained stable throughout. Milk solids have been marginally higher in March and April this year and collections are up between 1% and 2%.”

Aurivo, the processor headquartered in the north-west of the country, outlined that milk supply has been back in recent weeks due to poor weather conditions.

But – overall – milk collections for the year to date have grown by 5%, it added.

The demand for fodder has quietened; so Aurivo is not importing fodder currently. A total of 30 loads of fodder were imported from the UK and some 65 loads of native fodder were sourced for members, the co-op explained.

Cows are getting out to grass

A spokesperson for Arrabawn explained that the co-op has brought in a number of truckloads of hay from the UK – as well as sourcing over 5,000 bales of silage within Ireland for its suppliers.

Despite the weather still being quite wet, cows are getting out to grass, the spokesperson said.

In the week ending April 22, Arrabawn’s milk collections were back 4%.

Overall, Ireland’s domestic milk intake was down 1.1% for March of this year, figures from the Central Statistics Office (CSO) have shown. 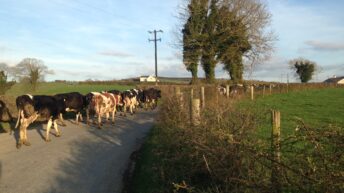 Poll results: 1 in 5 still haven’t got their cows out