A woman who grew up on a dairy farm in south Westmeath, between Kilbeggan, Horseleap and Castletown Geoghan, recently published her debut novel ‘The Easter Snow’.

“Growing up, I was involved in the running of the farm, milking cows, feeding calves and other jobs,” said Catherine Wilkie, nee Farrell.

“When I left school, I went to UCD to do a degree in environmental biology (botany and zoology.) I always loved working outdoors and took on a PhD on rehabilitation of industrial cutaway peatlands in Mayo.

“When I completed that, Bord na Mona employed me to carry out to manage and coordinate the practical rehabilitation of a large industrial cutaway in Mayo, around Bellacorick,” she said.

“I worked on that project for about five years and then moved back to live in the midlands not far from where I grew up, furthering the peatland rehabilitation and restoration work to the extent of the full Bord na Mona lands across the midlands.

“I finished work with Bord na Mona this year and I am now working on a postdoc in Trinity College Dublin,” said Catherine, who is married to an east Cork man with two children – Alannah, aged six, and Oscar, aged three. 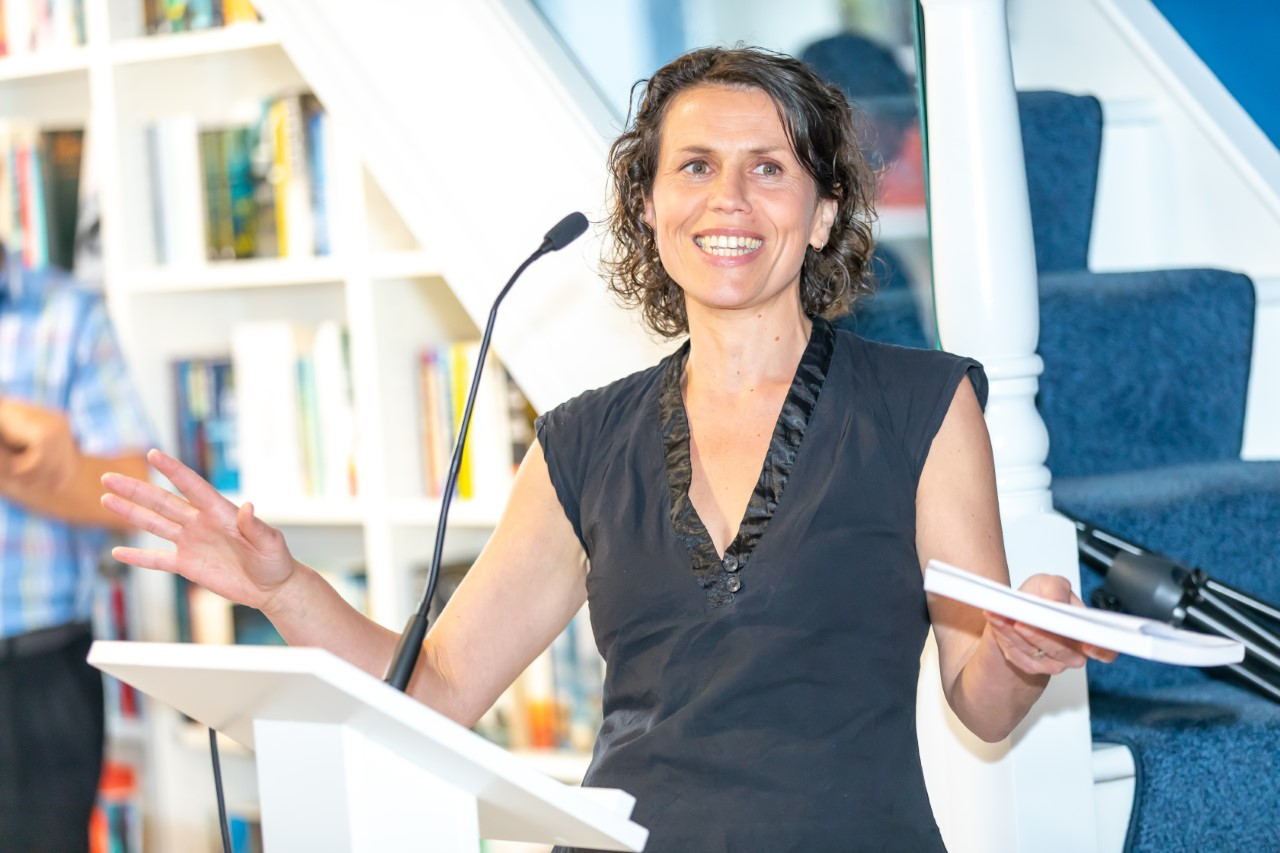 ‘The Easter Snow’ is an absorbing read, set around the comings and goings in Killeens nursing home in the midlands. It was inspired by her granduncle’s nursing home stay.

“In 2006, he suffered a stroke. He was a bachelor living on a small farm near Killare in Co. Westmeath. The poor man never recovered and spent half a year being cared for in the nursing home, local to where I was living at the time,” Catherine said.

“A few years earlier, the ashes of his sister – Lily – who had emigrated to the US  back in the 1940s were returned. Paddy buried her ashes in the graveyard near their home under the shadow of the Hill of Usineach. I had met her in New York about 10 years’ previous.

She was a doll – pure New Yorker, twang and all – lover of cats and friendly neighbour to all who lived in the crammed, tiny apartment building that she called home. She died on her own and after her leaving 60 years’ previous; they were never to meet in person.

“When he collected the lunchbox that contained her ashes at the airport in Dublin, he stepped right up and he hugged it tight. They are together now, buried with two of their three sisters, and their father and mother.”

“Both of them were to the fore of my mind writing ‘The Easter Snow’. She died penniless, after working in a fashion industry that paid little enough though he must have thought she had made it.

“He died with those few of his family left around him that would hold his hand or wipe his mouth dry, when he drank from the strange plastic cup with a built-in straw that was filled with milky tea in the nursing home for him.

I guess I needed to reunite them in a way. ‘The Easter Snow’ is based in a nursing home and brings a range of people together who otherwise would have lived very separate lives.

“That was a reasonably straightforward process but there was a lot of rereading and editing as I was my own editor. It would have been useful to have a second opinion but I just went with it. I had good support from family and friends and local members of the arts community,” Catherine said.

However, she admitted that self-distribution and promoting are jobs in themselves. ‘The Easter Snow’ was launched in Midland Books Tullamore, last May.

The response to the novel has been enthusiastic, with references to the arranged marriages in rural Ireland of the past resonating with many.

I just heard about arranged marriages when I was growing up and I knew of a few in my time. In some ways they make sense and in other ways they make no sense. But it happened a lot in the past and still does in some countries. That’s quite shocking for us. They were very different times in Ireland; we would barely recognise them.

The novel also gives an insight into life in nursing homes. “I haven’t brought the book to nursing homes yet but I definitely hope to do that over the next few months,” Catherine said.

“I think it definitely resonates with people who grew up in rural communities; some of the characters are in every village. But it also resonates with working mothers and people struggling with work and family commitments – struggling to get the balance right.”

“Ultimately, there are no right or wrong choices, but we do have to live with consequences and own them. That can be difficult for all of us at varying points in our lives but the human spirit is fiercely resilient.

“In my own life I’ve been surprised at what I have been able to work through – the deaths of friends and family, miscarriage and sudden change – but I did. And we all can. It just takes time to learn how to live with and adapt to change.”

So has she got plans for a second novel?

“Loads of plans but little time with two small children. Winter is a good time to write so I’m looking forward to taking some time for that.”