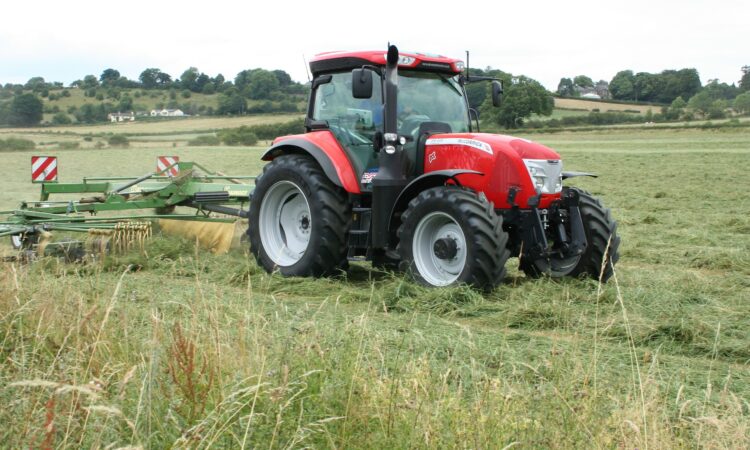 A tractor that won the Europe-wide ‘Tractor of the Year‘ award will be the “key attraction” on the McCormick stand at next week’s National Ploughing Championships in Tullamore (Co. Offaly).

McCormick says that its X6 VT-Drive (pictured above) is a “rarity among 114-140hp tractors”, in that it has a stepless (CVT) transmission (rather than the usual semi-powershift gearbox).

Area sales manager for Ireland Will Doyle explained: “This gives the tractor outstanding driving characteristics. Operators simply select forward or reverse and use the accelerator pedal – or the console-mounted controller – to regulate ground speed.

“This sort of technology is normally confined to more powerful tractors but, in this application, it makes the McCormick X6 VT-Drive ideal for jobs on livestock and mixed farms where optimum working speed improves productivity and the quality of the work done.”

The X6 VT-Drive will be one of four McCormick tractors on the stand at next week’s event.

Also present will be the top model in the new X7 P6-Drive series, the new mid-range X6.45 and an example of the latest-spec X5 series tractor.

The X7.690 P6-Drive heads a new six-cylinder line-up starting at 151hp. It features a new transmission with six powershift steps in each of five ranges (for a choice of 30 forward ratios in all).

A new Stop & Action feature makes it possible to bring the tractor to a halt and move off again using only the brake pedals. There is also a new semi-active cab suspension system.

The McCormick X6.45 represents a new three-model line-up of tractors – with 110hp, 119hp and 126hp. These combine the “spacious but relatively low-profile cab of the smaller X4 and X5 tractors with the transmission and back axle of the more powerful X6 models”. 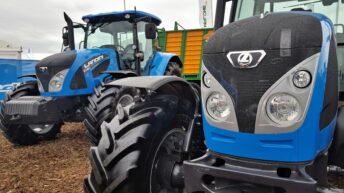