Work continues at pace on Dairygold’s complete redevelopment of its milk processing site at Annabella.

The blue summer skyline over Mallow yesterday was punctuated by the sight of a 500t crane and a 200t crane in addition to the construction cranes lifting the various parts of Dairygold’s new 7.5t/hour milk dryer into its new home on the Dairygold site.

The lift was part of Dairygold’s €83.5 million investment in the site to create a word-class dairy facility that can produce a suite of dairy ingredient milk powders up to Infant Milk Formula standards. 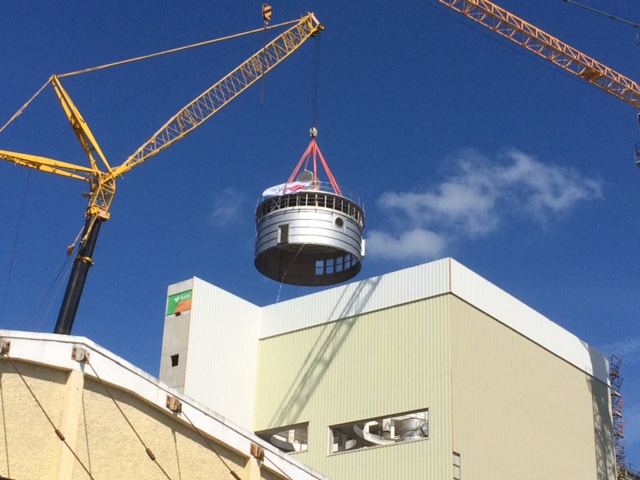 The works on-site over recent months included the laying of 24,000m2 of concrete and some 10 km of underground cables and drainage excluding any process piping.

The construction work also facilitates the installation of a second 7.5t/hour milk dryer to be added when required.

By the time the overall project is complete with three dryers in place, the Mallow dairy complex will be equipped to manufacture over 450t of milk powder a day. 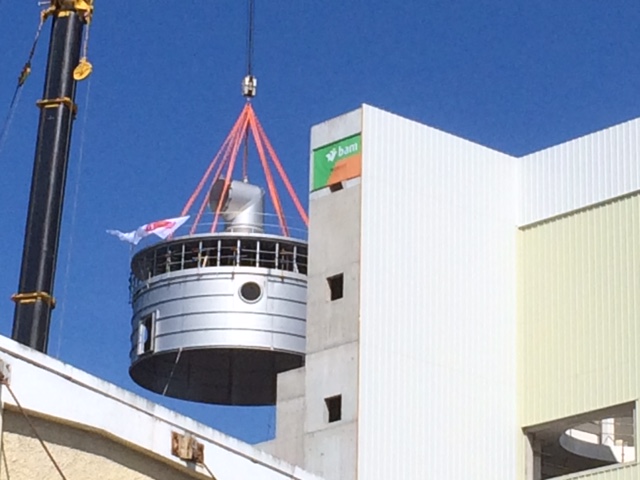 According to Dairygold’s Engineering Manager, John O’Mahony it took two industrial cranes to lift the dryer and a various parts of the new evaporator into place.

“The main body of the new dryer weighed a massive 60t and was lifted in two sections and took several hours meticulous manoeuvring to lift it safely into place.

“Thankfully all went according to plan and we move on to the next stage of internal fit-out,” he said