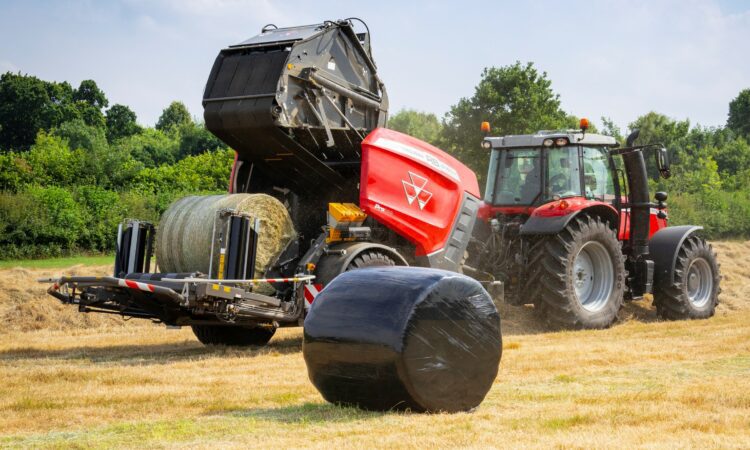 This development follows hot on the heels of the launch of corresponding Fendt-badged machines.

Also Read: Fendt to fight for a chunk of ‘combi’ baler-wrapper sales

MF’s new ‘combi’ baler-wrappers will be known as the RB 3130F Protec and RB 4160V Protec. They are essentially revamped, updated versions of the previous Lely (Welger) Tornado.

The new design also features two guiding plates (on both sides of the machine) that “direct the bale to the centre of the wrapping table”. This, says MF, allows for a faster and more secure transfer cycle.

For added safety on hillsides, a ‘slope transfer mode’ allows for the transfer arm to move more slowly, while the wrapper ring is lifted higher to receive the bale. This, says MF, ensures that the bale is securely delivered to the wrapper – even on sloping terrain.

Once the bale is transferred to the wrapping table, a hydraulically-driven ring begins its rotation even before the tailgate is fully closed; it’s designed to complete its cycle “well before the next bale is formed”. 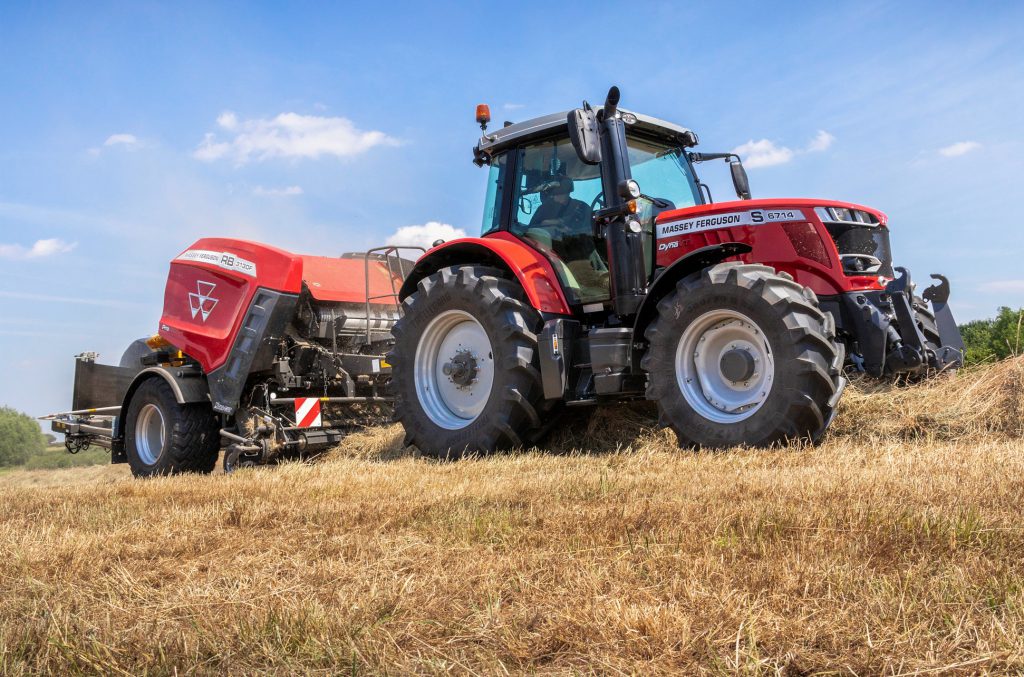 The wrapping table is lowered for unloading, to minimise bale damage. An optional tipper puts bales on their ends. The operator can also choose between automatic and manual unloading modes.

The E-Link Pro monitor – a standard fitting – has integrated ISOBUS technology. The machines can also be controlled via the tractor’s ISOBUS monitor, where fitted.

The machines are also fitted with a rear-view camera – for better control of the wrapper. 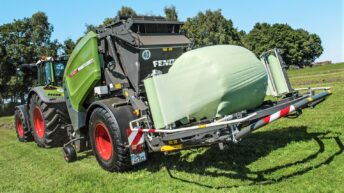 Fendt to fight for a chunk of ‘combi’ baler-wrapper sales