Herd incidence for bovine TB (bTB) stood at 3.46% as of September 29, for the third quarter of 2019, according to the Department of Agriculture, Food and the Marine.

This is marginally higher on the same period last year, when 3.29% was recorded, the department noted in its national bovine TD statistics for the quarter.

This means that, of all herds tested for bTB so far in 2019, 3.46% had at least one animal that tested positive for bTB.

While herd incidence remains at historically low levels, current trends suggest herd incidence for 2019 will increase for the third consecutive year – highlighting the importance of renewed efforts to eradicate bTB, the department added. 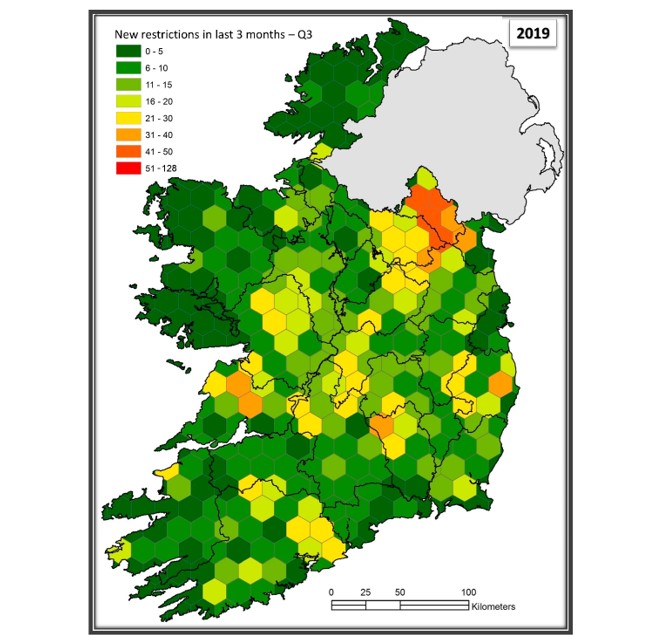 In a summary of the third quarter of the year so far, it was noted that some 85,693 – translating as 76% – of the herds in the country have been tested at least once by end of September.

The department noted that the number of reactors has reduced by 897 – down 7% – from 13,172 during the third quarter of 2018 to 12,275 at the same point this year. While this is to be welcomed, it is too early to draw any definitive conclusions on this reduction at this stage, the authority added.

A High Impact TB Management Plan continues in Monaghan with a herd incidence of 6.12% and 991 reactors to date in 2019.

A part of Co. Clare is now also participating in a High Impact TB (HIT) Management Plan due to an increase in herd incidence, the authority noted.

In both Monaghan and Clare in conjunction with the roll-out of the disease management aspects of the plan a communication strategy has also been implemented. This includes targeted communications with farmers and veterinary practitioners in the affected areas, according to the department.