The event represents the third positive auction for prices in a row after prices rose last month for the first time since March 2015 after 10 negative auctions.

Average prices paid at the latest Global Dairy Trade auction rose 16.5% on the last event held two weeks previously which itself was up 10.9% 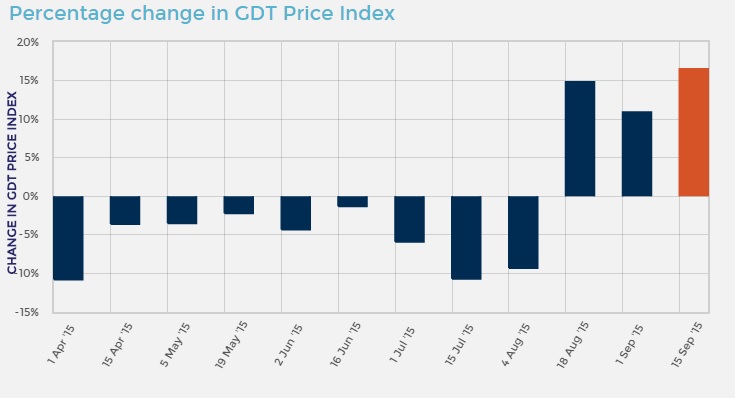