My proposals are a better solution than intervention price increase – Hogan 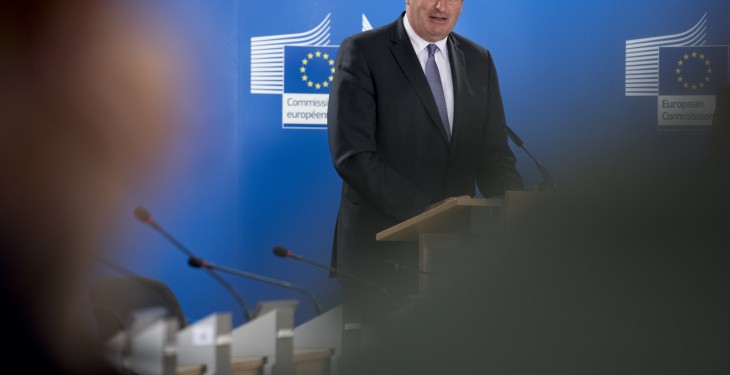 The measures included in the recently announced EU aid package for the dairy and pigmeat sectors constitute a better solution than increasing intervention price according to European Commissioner for Agriculture and Rural Development, Phil Hogan

“Everybody is clear on the backdrop to these measures. There is a difficulty in terms of oversupply in the market both in the EU and worldwide.”

Hogan said various actions are being taken by other nations and the EU must take some actions as well.

“We have set ourselves against temporally increasing the intervention price. We believe we have a better solution in terms of a new Private Storage Aids for skimmed milk powder and cheese.

“We will have 100,000t each withdrawn from the market and we will extend the period of time for storage to one year.

Hogan said the changes significantly increase the attractiveness of the scheme to Member States and stated that he is satisfied that there is a sufficient budget for the scheme.

In terms of addressing farmers immediate cashflow difficulties, Hogan said the Commission is addressing this by means of two measures

Hogan said in distributing the €420m aid package, the criteria the Commission used was principally around the quota Member States had in the last milk marketing year. However, he also said it took account of the Russian ban, pigmeat prices and also the effect of drought in some regions.

“It is very difficult to keep everybody happy in terms of member state envelopes. We have done our best and been as fair and equitable as we possibly could be,” he said.

Hogan stressed that Member States have the greatest amount of flexibility to spend that money in a way that benefits their own farmers.