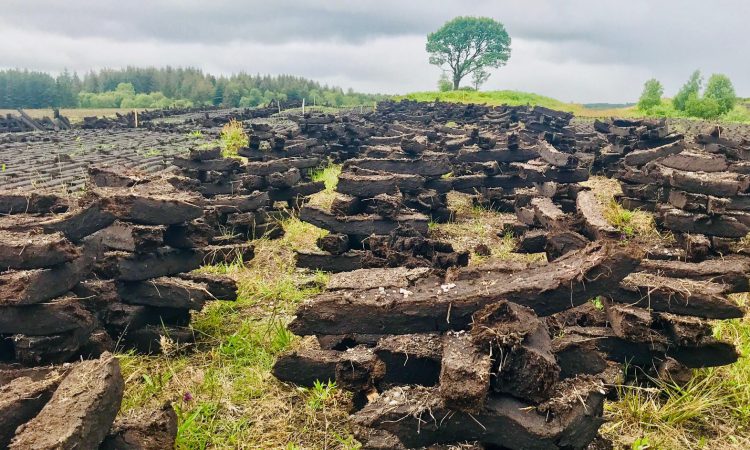 “The madness continues in Dáil Éireann,” says independent TD Michael Fitzmaurice – who claims that both Fianna Fáil and Fine Gael are attempting to “put an end” to people burning turf and timber in their own homes in rural Ireland.

The Roscommon-Galway representative was reacting to reports that the Government intends to open a public consultation on a nationwide ban on the burning of all smoky fuels – including: turf; peat; wood; and coal.

Speaking on the matter, he said: “It emerged earlier today (Monday, December 9) that it was proposed to stop people burning turf in their own homes at an internal sub-committee meeting recently.

First of all, cutting and saving turf is part of rural Ireland’s heritage; it is a tradition and a way of life for most people.

“Secondly, what does this Government – and Fianna Fáil who are supporting this potential move – expect people to do when you look at the social and economic environment and the amount of money people have to live on; especially with no alternative being put forward for what they are proposing?

“They are caught where there are legal issues in relation to a nationwide ban on smoky coal, compared to turf or timber. But as per usual, this Government and indeed the opposition who are supporting them, want to try and finish off rural Ireland,” he said.

Fitzmaurice pointed out that 10 years’ ago this same Government “thought they were going to walk over people” by banning them from their bogs. But, he says, they got their message loud and clear from the people of rural Ireland.

“After four or five years of trying to intimidate people on the designation of their private property, they finally started listening to the people.

“If the Minister for Environment, Climate Action and Communication, Richard Bruton, Fine Gael and Fianna Fáil wish to start another battle with rural Ireland – bring it on, as the people will show them what they think of them.

Would they prefer now that people burn oil imported all the way from Saudi Arabia, rather than burning a few sods of turf that they cut and saved close to their own homes?

“This Government seems content for Bord na Móna to cease its peat burning power stations, losing hundreds of jobs in the process.

“Meanwhile, the likes of China seem intent on constructing multiple coal burning plants that would dwarf operations in this country,” he said.

The deputy warned that the powers that be “cannot seem to comprehend” that a ‘one-size-fits-all’ approach to policy-making “does not work”.

“While a proposal might seem fine and dandy for those inside the realms of the M50, it will not necessarily work for people in rural Ireland.

“Common sense must prevail; but, sadly, this is a commodity which this Government is alarmingly short of,” he concluded.