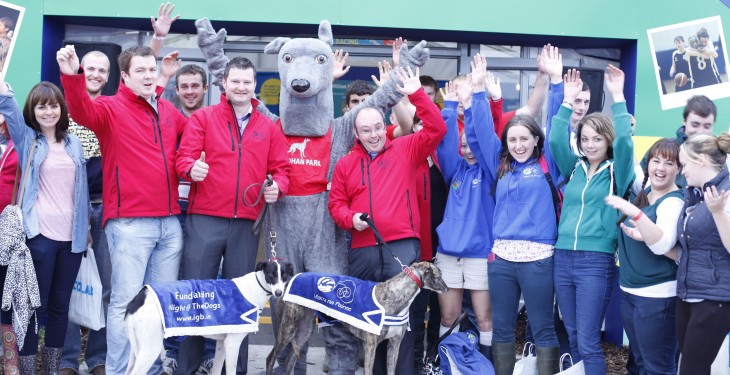 Kicking off an exciting three days at the National Ploughing Championships, Macra na Feirme launched its upcoming national fundraising night at the dogs – Racing for Macra – at its stand.

Macra na Feirme National president, Kieran O’Dowd, said: “Macra are delighted to invite you all to our gathering, Racing for Macra. This is the first national fundraising night at the dogs we have organised. It’s set to be a fun and entertaining night out and will also make a huge contribution to an organisation that is doing great work for rural young people. Come along and support Macra clubs across the county while you have a great night out!”

The Racing for Macra national fundraiser will take place on the 30 November in Waterford, Mullingar, Cork and Galway and will be a chance for past and present members and supporters to get together. Tickets cost €10 and cover entry, race card, entertainment and entry to the national draw for a chance to win €1,000 or a hotel break in the FBD Castleknock Hotel, Dublin.

You can buy tickets from your local Macra na Feirme club, at the Macra Ploughing stand at T325 or ring Macra national office on 01 426 8900.