McGoldrick owns the Cloonohill Pedigree Charolais herd, which was established in 1999, and says he is “very positive” about the future of the organisation.

Speaking to AgriLand, the north Longford man said he will hold the new position for a term of 12 months initially and, if uncontested thereafter, has the option to remain on as president for a total of three years.

“It’s a great honour for me to represent a long-established society such as this,” he added, before pointing to the turbulence within the sector and his hopes for a better 12 months ahead. 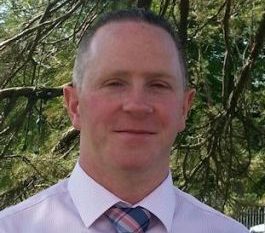 “These are certainly turbulent times; in fact this is the most turbulent time the sector has ever seen, but for the last 12 months our society breed has been doing well.”

McGoldrick went on to say that while other areas within the sector were decreasing, the Charolais breed was holding its own.

It has a higher clearance rate and a higher average than many others out there; we want to improve on that and push out the boundaries.

He added: “At the moment the suckler cow herd – nationally – is in decline and has been, in fact, for nine years. I feel that there hasn’t been enough done to minimise the exodus that has occurred.”

McGoldrick went on to point out that, on the back of that, there is a strong possibility that the Charolais service could grow.

“Charolais are between €200 and €250 dearer and what speaks to farmers is the bottom-line,” he continued.

That is what Charolais cattle are all about – the bottom line.

Meanwhile, Mattie Kelly from Newbridge, Ballinasloe, Co. Galway, will take over as the society’s treasurer.

He runs the Cloughbrack Pedigree Charolais herd, which was established in 1993, and was elected to the council in 2018 having served as chairman of the Galway Charolais Club for a number of years.

Cattle prices predicted to decline by 4% in 2019 - official report