Llamas on the loose cause havoc with traffic 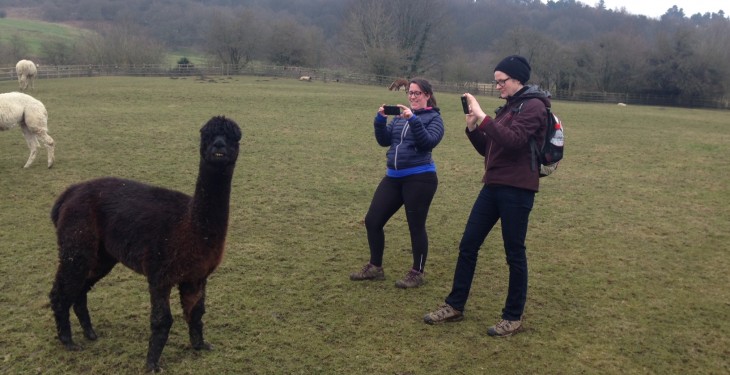 Llamas are friendly creatures and not camera shy!

Two llamas went on the run in the US on Thursday and the ensuing chase went viral with TV stations sending out the choppers to follow the chase.

According to Fox News the animals were part of a demonstration at the Carillons GenCare Lifestyle Facility in Arizona outside Phoenix, before they escaped and proceeded to hit the highways of Sun City.

They were in and out of traffic for a couple of hours after escaping from a retirement community centre.

Reports say the animals were at the assisted living facility visiting an ex-llama rancher as a form of therapy.

USA Today reported that the two llamas were on the loose in a West Valley retirement community and dodged cars, avoided lassos, and managed to launch their own Twitter account as they ran amok in the town northwest of Phoenix before being captured.

The County Sheriff’s Office tried to corral the llamas with their SUVs but were unable to stop them, while people on foot tried to chase them down unsuccessfully. The duo ran towards traffic at speed and bulleted across dual carriageways during the chase.

Bystanders eventually managed to lasso the pair of animals after a prolonged chase through the streets of Sun City.

Here’s a shorter video of the chase…