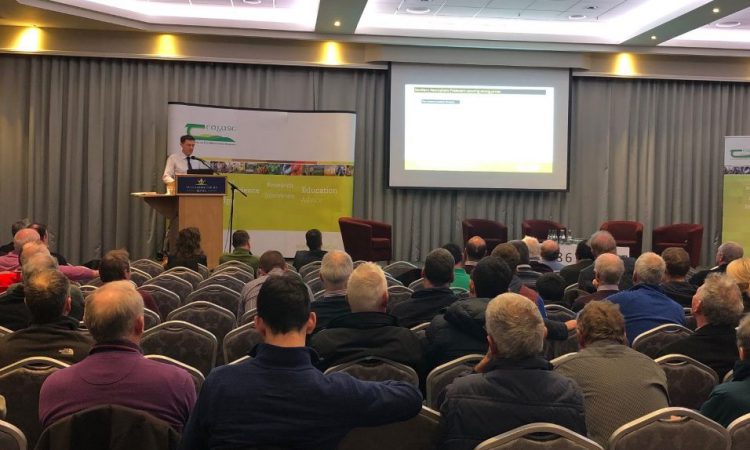 Live cattle exports are set to exceed 300,000 head for the first time in many years, according to Joe Burke of Bórd Bia.

Burke, who is senior meat and livestock manager at Bórd Bia, made the comments while presenting at a Teagasc beef and sheep seminar, titled ‘Practical Advice for a Challenging Time’, at the Tullamore Court Hotel, Co. Offaly, tonight, Wednesday, November 13.

He spoke about the current state of the Irish beef and sheep sectors and what opportunities lie ahead for Irish meat exports on the world market – paying particular attention to the potential of China.

To begin his presentation, Burke first recognised the difficulties that sheep farmers have had to deal with this year, with regards to price and how much it has fallen since spring 2018.

He highlighted that lamb slaughterings have decreased by 8% this year – this represents a drop of more than 270,000 head compared to this time last year.

“The price for spring lamb has been between €4.30/kg and €4.40/kg, which has been very disappointing.

“Spring lamb and ewe and ram slaughterings have decreased by 3% and 20% respectively; the latter figure is of huge concern.”

An interesting statistic Burke mentioned in his presentation was that imports of lamb from Northern Ireland have fallen by 11% compared to last year.

However, over the past few weeks, we have seen a recovery in the price paid for Irish lamb. This has largely been due to a tightening of supplies of late.

“Furthermore, the decline in the number of lambs slaughtered in the UK, due to them being killed earlier in the year, has seen an improvement in market conditions.

“Farmers who have kept store lambs for the winter should be rewarded next spring with a good price,” Burke concluded.

The next part of Burke’s presentation focused on the Irish beef sector and the opportunities that are there for Irish produce to exploit.

“This year has been a challenging year for beef farmers across the country. To date, there has been a reduction of over 60,000 head of cattle slaughtered in meat processing plants.

“However, this was due to the beef protests that took place outside processing facilities. Up until August of this year, beef slaughterings were up 40,000 head compared to last year.

Burke added: “Depressed market conditions along with the fact that factories are not pushing to get cattle killed has resulted in poor prices being offered to farmers for their animals.

“There has been a reduction in the demand for beef globally and the consumption of beef is also in decline.

However, there is good news on live exports. This year, 266,101 cattle have been exported and this is expected to reach 300,000 by the end of the year.

“Furthermore, there are three more boatloads of cattle set to be exported to Libya before the end of the year.

“There is going to be fewer numbers of cattle coming through the system in 2020, which may see an increase in the price being paid for beef,” he said.

Burke emphasised the opportunity that has opened up for Irish beef in China over the last few weeks.

“We have been testing out the market this year and we have got a positive reaction. This has resulted in 19 Irish abattoirs getting approval to export Irish beef into China.

“Due to the situation with African swine fever in China, it has opened up a pathway for Irish beef,” Burke said, adding that the destination is set to become “one of Ireland’s top four or five international export markets”.

He also outlined that “Brexit-related uncertainty” has caused a 12% decrease in overall beef into the UK this year.

From an Irish perspective, he stated that 10% less Irish beef was imported into the UK over the last 12 months. 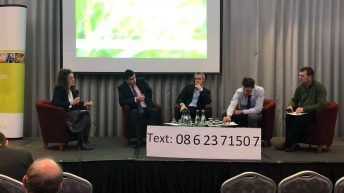