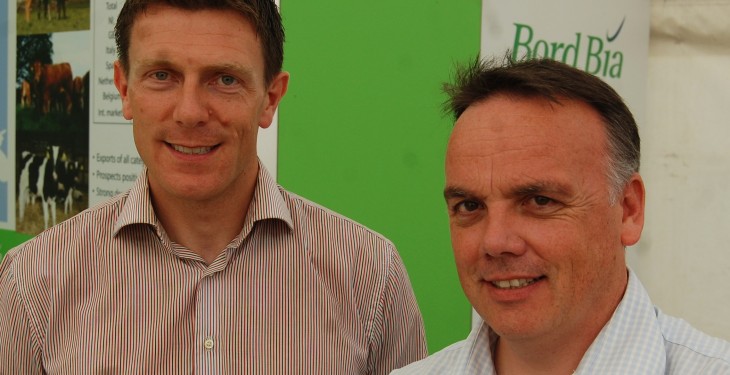 There is light at the end of the beef tunnel, according to Bord Bía at today’s Beef 2014 event at Teagasc Grange.

“Supply and demand are the factors determining farmgate prices at the present time,” Bord Bía’s Joe Burke told Agriland. “The total cattle kill in Ireland is currently averaging 30,000 head per week. That’s between 4 and 5 thousand ahead of the equivalent figure this time last year. And it looks like the numbers of animals presented for slaughter will remain reasonably high over the coming weeks.

“But beyond that the scale of the cattle kill may well reduce, bringing supply more in line with demand.”

Joe Burke continued: “The reality is that beef consumption has dropped by the equivalent of half a million tonnes per year across Europe since 2009. At the present time, we are also seeing increased beef supply coming to the market in countries such as Germany and the UK. And all these factors must be considered when it comes to determining the farm gate prices for beef that are made available in Ireland.”

The Bord Bía representative went on to point out that as Europe comes out of recession, income levels will increase. “This may well lead to an increase in the amount of beef actually eaten and the price which consumers are prepared to pay for it,” he stressed

Joe Burke also believes that the growing demand for certified Angus and Hereford beef can be sustained. “Last year 250,000 Angus calves were registered in Ireland. The equivalent figure for Herefords was 150,000,” he commented.

“And there is little doubt that these numbers will increase over the coming years. It is also significant that Teagasc has signalled its intention to search the role for native breeds within Ireland’s beef production chain.

“Our role at Beef 2014 is to tell farmers how they can best maximise the returns they get from the marketplace with the cattle they are producing.”