Demand for beef in China continues to increase 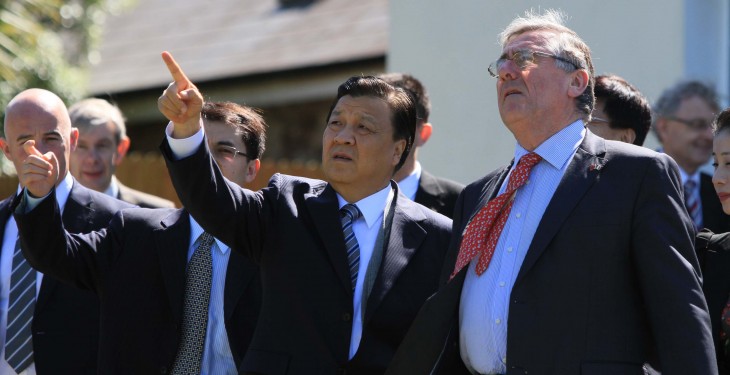 Liu Yunshan and Minister Tom Hayes on a farm visit in Ireland this week.

Beef shortages on the domestic market in China have continued to support rising imports so far in 2014, according to EBLEX.

In the first four months of the year volumes are up over a third on the year at more than 100,000 tonnes, it says.

While the latest import figures represent a significant uplift year on year, the spectacular year-on-year growth experienced in 2013 has, as expected, slowed down.

“Australia has continued to strengthen its position as the leading beef supplier to China, with a market share of well over half in the year to date. This situation is expected to continue for some time, with reports suggesting that several Chinese companies have invested in cattle breeding in Australia. In the first four months of the year, shipments were up more than 50% year on year.”

However, it says that the forecasts by the Chinese government for an increase in beef production in the long-term may be ambitious. It goes on to say that increased Chinese demand for beef from Australia and South America will result in decreased supplies available for other markets.

Meanwhile senior Chinese politician Liu Yunshan visited a farm in Co. Wicklow this week. Minster of State at the Department of Agriculture, Food and the Marine Tom Hayes said the visit allowed the Chinese party to see first hand farming in Ireland.