Life after Brexit: ‘What troubles me is the lack of trust’ 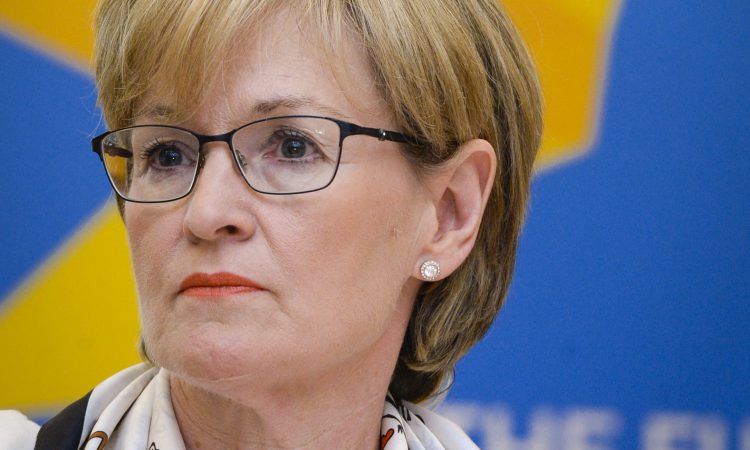 Concerns are mounting over the level of trust that will remain between the EU and the UK, if and when, the sides move to establish a new trading relationship post-Brexit.

The current sense of unease has been articulated by the Midlands-North West MEP and First-Vice President of the European Parliament, Mairead McGuinness.

Speaking at parliament buildings in Brussels, ahead of the EU’s announcement to agree to UK Prime Minister Theresa May’s request for an extension to the March 29 Brexit deadline, McGuinness outlined the mood inside the corridors of power.

In addition to frustrations over the UK government’s failure to get the withdrawal agreement over the line; McGuinness also highlighted the stagnant impact it’s having on other parliamentary workings that MEPs must clear before finishing up at the end of next month – ahead of the European Elections on May 23 to May 26.

The 27 EU member states have agreed to extend Article 50 until May 22 on the proviso that a withdrawal agreement is approved next week. If such an agreement is not reached next week, then the extension will be reduced to April 12.

“Further delays in the Brexit withdrawal agreement are set to cause further delays ahead of the European election as the European Parliament must ratify the deal and put it through the necessary legal procedures.

“There is a sense of fatigue. Hard-line Brexiteers are also looking for an extension as, in their minds, it would allow them not to have the withdrawal agreement at all – but to move directly to talking about the future relationship.

“It’s all speculation; none of us really know.”

She said the situation is not helping other parliamentary agendas.

“It’s the big monster, the big dark cloud. Every single conversation is about Brexit and the trouble is we’re just talking in circles, Europe is not able to do anymore,” she said.

While McGuinness is of the view that UK Prime Minister Theresa May realises that there is “no going back“; the Louth native is frank about the long road ahead.

“If we thought this was difficult, and we’re not even there yet, sorting out the future isn’t going to be a walk in the park either.

“There are many, many difficult issues, fisheries, trade policy, all these things are very difficult.

What troubles me at the moment is the lack of trust – that is a concern.

“The UK doesn’t trust the European Union. It wanted all of these extra reassurances that we would act in good faith and I suppose we never quite said the same in reverse.

“We need to rebuild trust which is stretched a little – especially if we are to talk about the future,” she concluded.