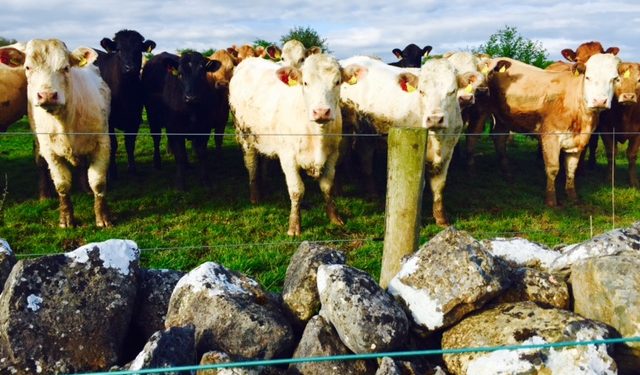 In addition to tighter supplies, the weakness of sterling and the consequent unattractiveness of Irish beef in the UK is driving British cattle prices higher.

According to the AHDB, there is no doubt that in addition to the tighter domestic supplies, the weaker value of sterling against the euro is contributing to the firmness in the prime cattle trade.

What this means is that in sterling terms the price differential between GB and Irish cattle has narrowed notably in recent months, which makes Irish product less attractive to UK processors supplying major retailers.

In the week ended July 30, the deadweight cattle trade moved up again in the UK. At 335.4p/kg the British all-prime average strengthened another penny on the week.

The AHDB says while this robustness continues to reflect that the supply/demand balance is still tipped in producers’ favour the latest week-on-week price rise is more modest than in any other week since prices started moving up three months ago.

It says while this may be an early indication that recent impetus in the trade is subsiding, reports do still suggest that demand from processors remains solid against tighter supplies.

At 29,400 head, estimates suggest that the number of cattle coming forward was down 200 head on the week earlier and notably back on the year for the fifth week in a row.

While native bred cattle are currently particularly sought after, there are no waiting lists reported for even the more commercial types.

The AHDB says the all-prime average has now strengthened by 25p/kg since the low point in the year at the end of April.

Average R4L steer and heifer values both moved up a penny on the week to 349.4p/kg and 347.2p/kg respectively, in both cases to their highest price point in 2016 so far. R3 young bulls strengthened 2p on the week to average 335.2p/kg.

The AHDB says from the UK perspective, the increased number of animals retained in Ireland combined with increased dairy calf births this year will add to the growing longer-term supplies of slaughter cattle.

It says these developments are crucial to the trade in the UK, as increased Irish beef production has the potential to have an impact on the market in the UK, since it accounts for around half of Irish beef exports.

However, it highlights with the supply forecast for the rest of the year tighter and a weaker value of sterling having an impact on the attractiveness of Irish beef to UK processors, the threat to the UK market has abated somewhat from its position earlier in the year. 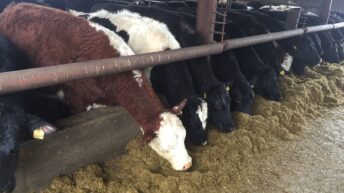