The Irish Farmers’ Association (IFA) has expressed “serious concerns” on a proposal due to come before the European Parliament that would ban the use of lead ammunition around wetlands.

Paul O’Brien, the association’s environment and rural affairs chairperson, said that the proposal is “disproportionate and discriminatory towards farmers”.

“At no point in the proposal is any consideration given to farmers, landowners or their agents who have a legitimate need to use firearms to protect livestock and crops,” O’Brien said.

We are extremely disappointed with Minister [of State Malcolm] Noonan, who has, at the first opportunity, shown little or no regard for farmers’ concerns.

Minister Noonan is the Minister of State with responsibility for Heritage. It has been suggested by groups opposing the ban that Minister Noonan played a role in Ireland’s apparent decision to vote in favour – along with a majority of other EU member states – to put the proposed ban to the parliament.

The IFA pointed out that, under the definition used for ‘wetland’ in the proposal, 80% of Ireland could be considered as such.

The IFA suggested that this will include farmyards and fields where farmers or their agents will need to use a firearm to protect livestock and crops.

The association outlined that, under the regulation, simply being in possession of, or using, lead ammunition will be considered breaching the regulation, resulting in prosecution.

Steel is the most likely material from which replacement ammunition will be produced. However, the IFA expressed concerns that not all shotguns will be capable of firing a steel shot, meaning a further cost will be incurred to replace them.

The proposed ban will now go before the European Parliament for three months – first to the parliament’s Environment Committee and then a full sitting of the parliament.

According to Dan Curley of the National Association of Regional Game Councils (NARGC), the Environment Committee traditionally does not reject proposals of this type, and the parliament as a whole will most likely go along with the committee’s recommendation.

If the ban is eventually passed at all levels, it will come into full effect 24 months later, with a previous German-backed amendment to make this 36 months not being included in the final proposal.

Curley said that the prospect of a ban would throw up a range of difficulties, with “a couple of hundred thousand guns needing to be destroyed”. 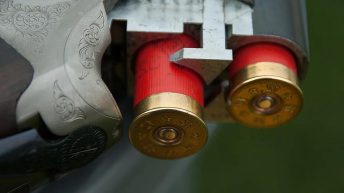