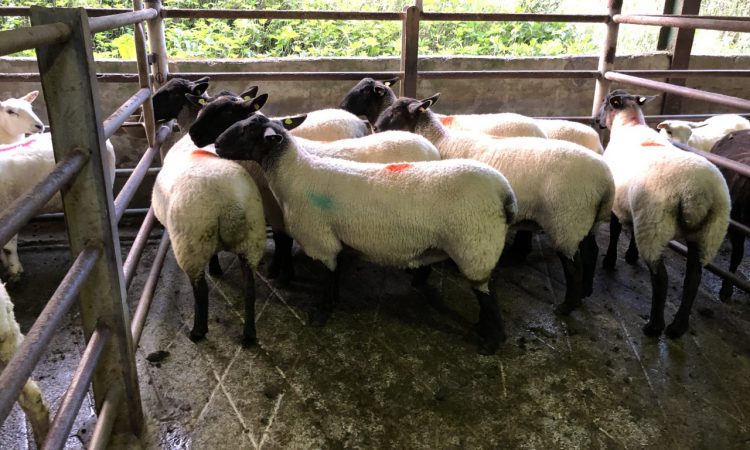 Another strong sale of breeding sheep was reported across marts last week.

A good few special breeding sales also took place over the past week, alongside normal sales in marts.

There continues to be a good appetite for ewe lambs and hoggets in particular, with two, three and four-year-old ewes also trading well.

Looking at the trade in marts, ewe lambs fit for breeding have been trading from €100/head up to €180/head, while at special breeding sales, ewe lambs have been breaking past the €200/head mark and making up to €230/head.

The hogget trade at normal mart sales remains strong and prices are roughly in around what they were the week before. Plainer-types made from €130/head up to €150/head, with nicer-quality lots trading from €175/head up to €190/head.

The tops of the hoggets made from €200/head up to €225/head mainly. However, at special breeding sales, hoggets made in excess of €250/head.

Two, three and four-year-old ewes also continue to be a firm trade, with prices for these lots across marts ranging between €110/head and €170/head, in general.

Ewe lambs didn’t quite hit the heights that they did the previous week; although, prices of up to €140/head were achieved for nice-quality ewe lambs.

Hoggets were the standout trade on the day, with prices of up to €204/head being achieved. Overall, prices for these lots sold for €130-190/head.

In Roscommon Mart on Wednesday last (September 2), a show and sale of lambs took place, which saw a great demand for ewe lambs, according to the mart manager, Maura Quigley.

The top price on the day for ewe lambs was €180/head for two pens of lambs weighing 51.6kg and 53.1kg respectively.

In Dowra Mart on Friday last (September 4), the mart manager, Terry McGovern, reported an easing of prices for ewe lambs. In general, these types made from €100/head up to €133/head, which was back a bit from the previous week.

Hoggets were the highlight of the breeding sheep. Plainer-quality hoggets made from €130/head up to €170/head, with the tops of the hoggets selling from €180/head up to a tops of €222/head.

1,500 sheep were on offer on the day and, according to a spokesperson from the group, there was a tremendous trade on the day.

Suffolk-cross hogget ewes topped out at €243/head, while Cheviot ewe hoggets sold to €238/head. Finally, two and three-year-old ewes made up to €210/head.

Also Read: 'There is an appetite for sheep at the moment that we haven't seen for a couple of years'

On the day same, up in Ballybofey & Stranorlar Mart, the Donegal Cheviot and Cheviot-Cross Breeders Group held its second annual show and sale.

According to the chairperson of the group, Jamer Loriyenko, some 1,100 sheep were on offer on the day, which was double the amount from last year’s sale.

The sale, which consisted of hoggets and ewe lambs, was met with a “smashing trade”. Prices for hoggets topped out at €265/head, while ewe lambs broke past the €200/head mark on a couple of occasions and rose to €230/head.

James concluded by thanking all the buyers and sellers on the day and wished everyone the best of luck with their new purchases. 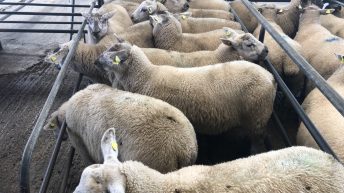