A number of farmers and contractors featured in a list of tax defaulters published by Revenue for the first quarter (Q1) of 2020 – with one farmer handed a fine to the tune of €633,203 for tax offences during this time frame.

This relates to the period of January 1, to March 31, 2020, according to Revenue, which published the list today, Tuesday, June 9.

The second section included a total of 35 cases; the total value of these settlements came to €6,024,932 according to Revenue.

Of these, three cases related to the agricultural sector.

Co. Kilkenny farmer Jeremiah Hennessy, of Goresbridge, was ordered to pay €40,767.68 for the under-declaration of income tax.

Meanwhile, Michael O’Connell, an agricultural contractor and farmer from Ardpatrick, Co. Limerick, was ordered to pay a total of €117,017.94 for the under-declaration of capital acquisitions tax.

Finally, another Limerick farmer, Liam Rice, from Hospital, was tasked with paying a total of €77,349.71 for the under-declaration of income tax.

On this list, Kieran Sherry, a farmer from Co. Monaghan, received a fine to the tune of €633,203. This, Revenue says, is as a “penalty determined by the courts in relation to a non-declaration of income tax in the amount of €633,203”.

Similarly, Jeremiah Hennessy of Goresbridge, Co. Kilkenny, was fined €10,187 as a penalty determined by the courts in relation to an under-declaration of income tax.

Meanwhile, Ivan Roulston, a farmer from Newtowncunningham, Co. Donegal, was fined €5,000 for the failure to produce books and records, according to Revenue. 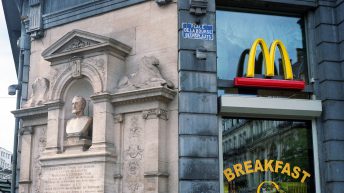