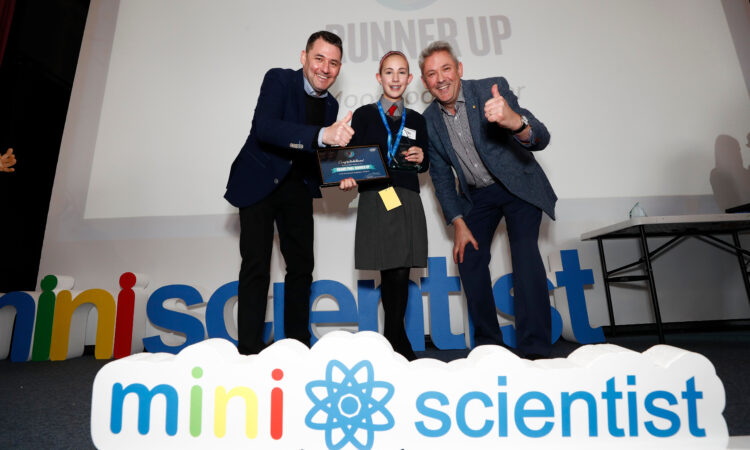 A 12-year-old Laois pupil emerged as runner-up in the Intel mini scientist national finals for her idea to create a robotic mower for dairy farmers.

Aisling Ramsbottom was the toast of Timahoe National School on Tuesday last (February 26) as she returned from the All-Ireland event at the Aula Maxima, National University of Ireland (NUI) Maynooth. She wowed nine sets of judges in the competition which gives pupils the chance to explore science through project-based learning. 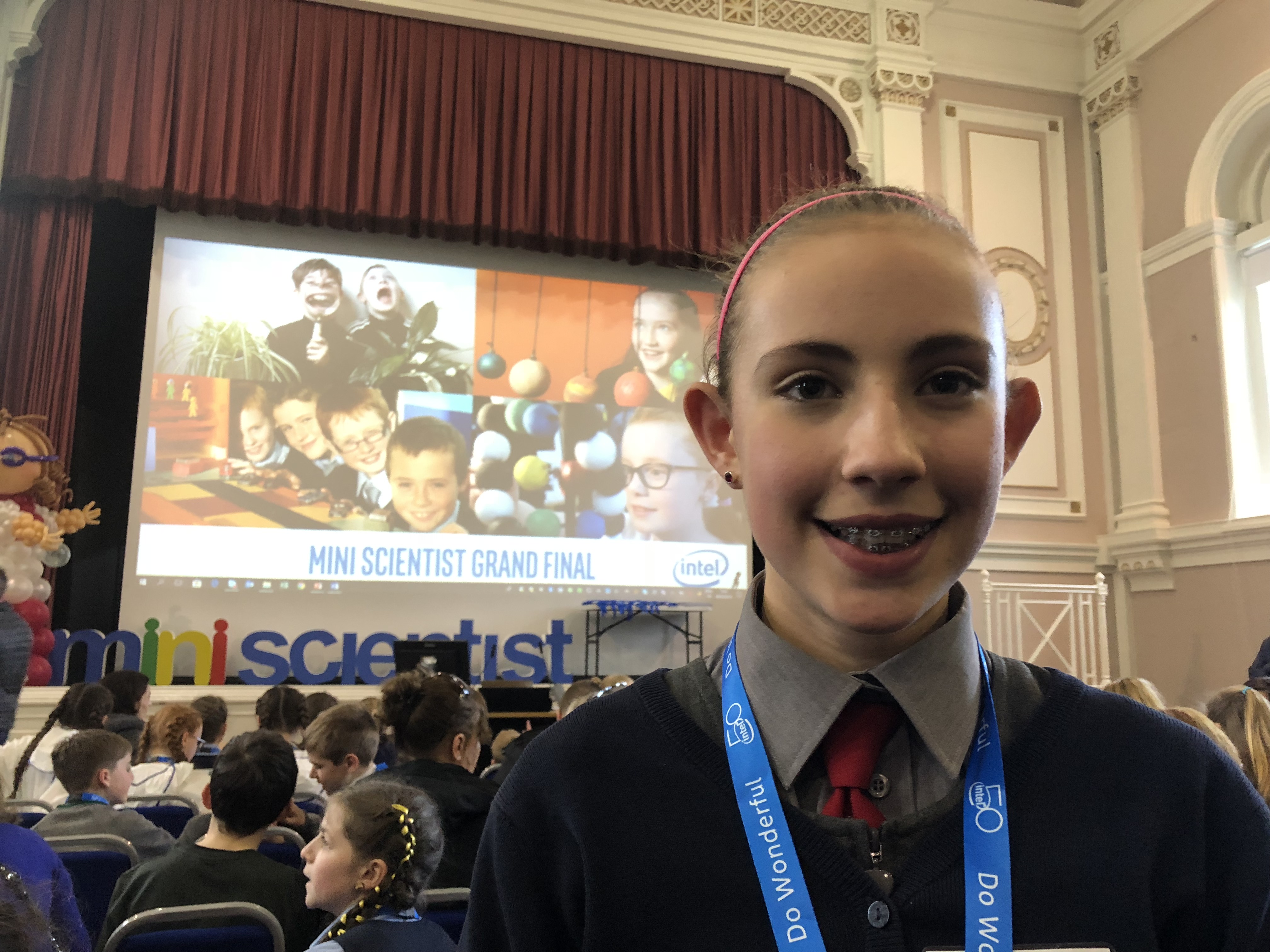 Aisling qualified for the national finals with her ‘Moo Moo Mower’ project from the regional finals held at Blanchardstown Institute of Technology (ITB) last December. “I came up with the idea because I know that dairy farmers are very particular about their grass and that it takes a lot of time and money to top the paddocks every week,” said Aisling, whose uncle – Tom Meade – is a dairy farmer.

“Topping the grass to 5cm is the optimal length for grass growth and milk productivity, so I thought that a robotic mower would help to achieve this, saving farmers time and money,” she said.

“My dad got an auto mower last year and I asked him if there was one available for agriculture. He said there wasn’t one on the market so I thought it would be good for farmers and the environment if one was developed.”

To begin, Aisling established the need for her product through research and surveys. She then went on to research and investigate the workings of similar products already on the non-agricultural market. She found the Husqvarna automower and the Nissan Leaf to be particularly relevant. 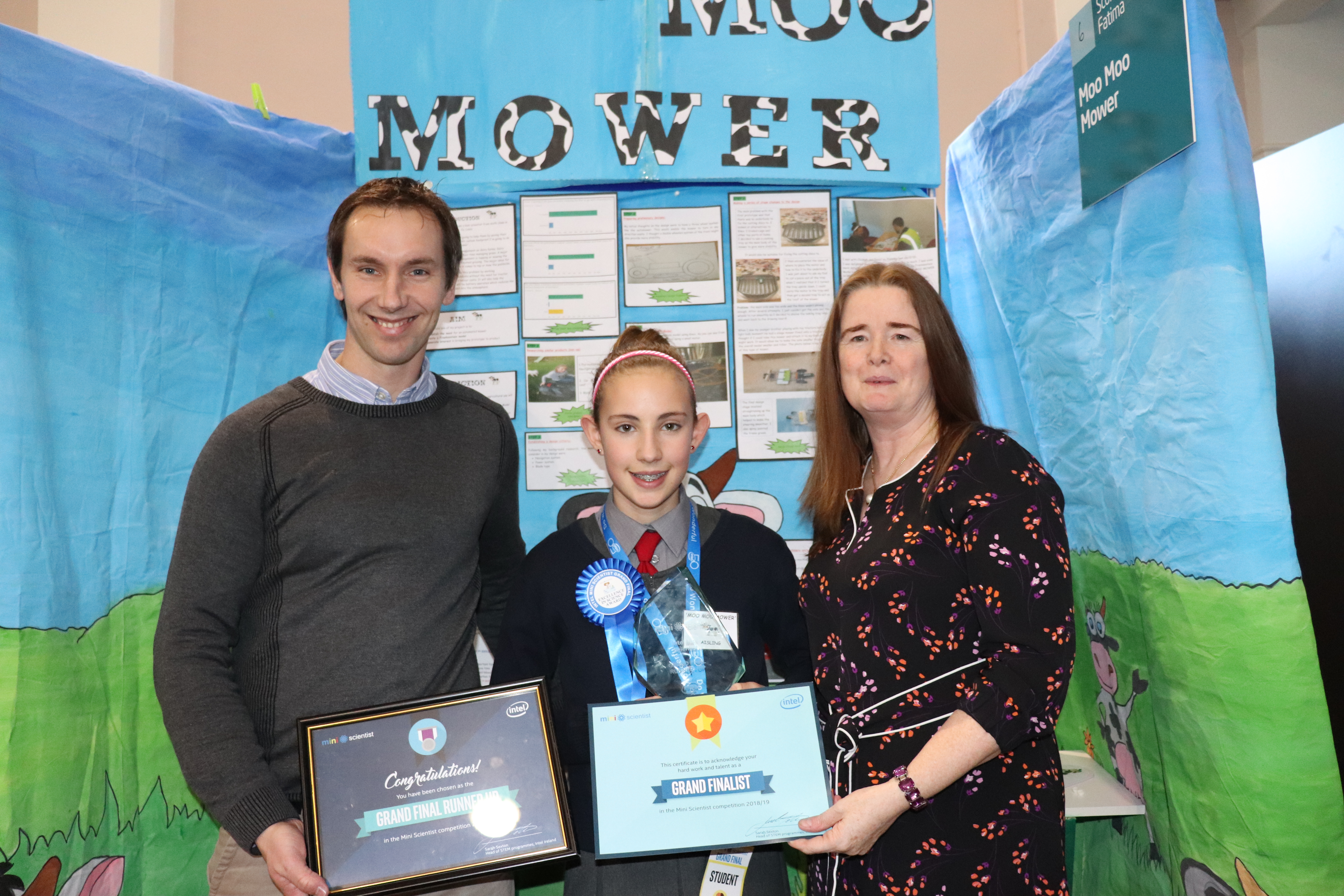 She then established design criteria, prepared preliminary designs and built a Frankenstein model. With a view to having it turned into a prototype, Aisling met with the CEO of Abbey Machinery, Clodagh Cavanagh, and got a tour of the business, an experience she said was really inspiring.

The Intel judges were particularly impressed with this. Aisling’s backdrop and display also came in for praise at the exhibition.

At Maynooth to see Aisling presented with the runner-up award were her teachers, Michael McEvoy and Martina Mulhall; her parents, James and Liz; and her siblings, Seamus, Grainne, Niamh and Tomas. 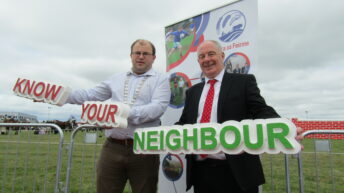