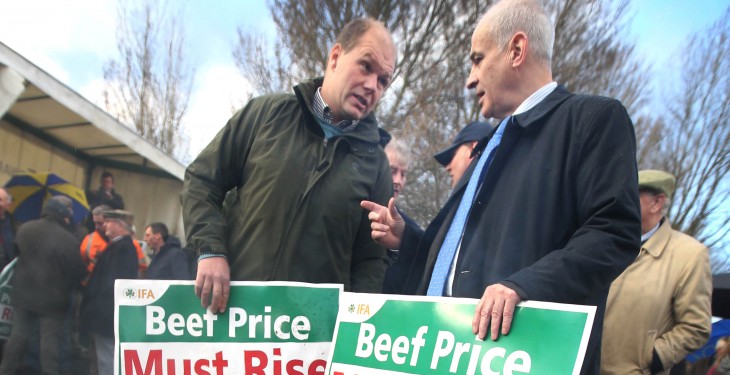 Laois IFA has backed the IFA Livestock Chairman Henry Burns in his bid to be the next IFA President.

At the County Executive meeting last night (Wednesday), the Mountmellick branch put Burns’ name forward and it was backed by the meeting.

In what was described as a ‘fraught’ meeting at times, former IFA President Padraig Walshe spoke about the revelations around his €181,250 salary for his final year as President.

One source said he told the meeting about the difficulty in finding someone to work his farm during the time and that he was not paid for his work as President of the European farming organisation Copa.

Walshe did not declare what salary he received for the previous three years of his presidency – the Lucey report only dates from 2009, the final year of Walshe’s presidency.

Meanwhile, Burns is a beef, sheep and tillage farmer from Laois. He farms the 121 hectares family farm in a mixed farming with continental cross suckler cows, sheep and 50 hectares of cereals.

Burns has been heavily involved in IFA for years and had been tipped by many to enter the race. He now must secure nominations from five other county chairs around the country, to qualify him to run in the election, which is due to take place in 2016.