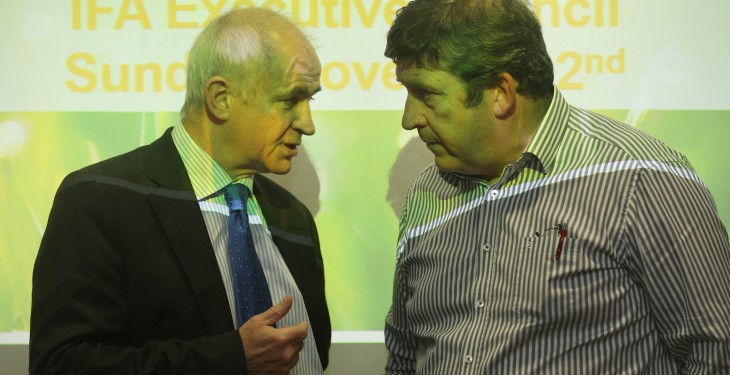 The upcoming IFA Presidential election looks set to be a win-win outcome for Tim O’Leary, who stepped aside from the role of acting President of the IFA this week.

There cannot be an election for Deputy President until, and only if, O’Leary vacates the position of Deputy President. If O’Leary does not win the presidential race, he will have approximately 18 months left in office as Deputy (depending on when the election takes place next year).

O’Leary was the first candidate to announce that he would run for the role of President, in the wake of Eddie Downey resigning.

Since then a number of people have ruled themselves out of the race, including Treasurer Jer Bergin who has been appointed Chairman in the wake of O’Leary stepping back form Acting President.

Galway man Michael Silke has also declared that he will run. Silke is a former Chairman of Galway IFA

Derek Deane is expected to run in the election, but has said he will not make an announcement until there is an election date set.

Other possible candidates at this time include Henry Burns, who has remained quiet about the subject in recent weeks. Other names being suggested in various quarters at this point include Teddy Cashman, Sean O’Leary and Flor McCarthy.