Landowners said to be missing out on electricity line compensation 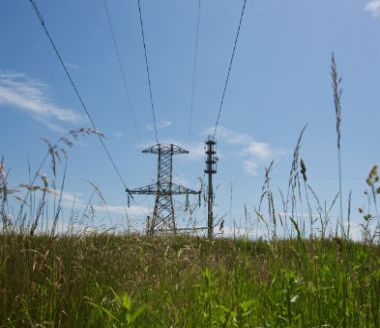 Many landowners are missing out on the chance to claim compensation from the ESB in cases where it compulsorily acquired way-leaves for an electricity line across their entire holdings.

This is according to Dermot Kelleher, the Munster Vice-President of the Irish Cattle and Sheep Farmers’ Association (ICSA) and the chair of West Cork branch of the ICSA.

Kelleher, a suckler farmer with 90ac in total, said that he was told that he was not entitled to compensation for a 110kV line which would involve two sets of poles going across a 54ac out-farm he bought in 1998 in Kilmichael, Co. Cork.

However, he said after seeking professional advice, he found that he was legally entitled to compensation under the Electricity Supply Acts.

Farmers are missing out compensation since 1985, maintained Kelleher, who is awaiting the outcome of arbitration.

Lar McKenna, who runs a land and utility compensation service, said the legislation which compels the ESB to compensate landowners for new lines came about in 1985 – as a result of a Supreme Court Judgement in the ESB versus Gormley.

“This judgement found that ESB could not place lines on privately-owned land unless the landowner had the right to compensation, which would be assessed by an independent arbitrator if it could not be agreed with ESB.

“Almost immediately after that judgement, legislation in the form of the 1985 Electricity (Supply) (Amendment) Act was introduced by the Oireachtas,” he said.

“The introduction of the 1985 Act brought the construction of electricity lines – of all voltages – on land into a category of activity which required the ESB to pay compensation to landowners for all loss and damage suffered.

“The placement of an electricity line on privately-owned land involves the acquisition of rights over that land which negatively affects the use value of the land for all time,” Mckenna explained.

There is almost no awareness of this matter among landowners who have lines placed on their lands, he added.

The procedures involved in preparing and submitting a claim require professional advice, and an understanding of what has occurred – that the ESB has compulsorily acquired a way-leave for an electricity line across the entire landholding.

“Farmers have heard about this service mainly through word of mouth. When I visit landowners who have had a line constructed on their land, I usually move from neighbour-to-neighbour along the route of the line.

“I have never advertised this service but I will be at this year’s Ploughing Championships to try to bring awareness of this matter to the farming community,” he said.

McKenna outlined that he is currently making over 100 claims on behalf of landowners. “They are all cases involving high-voltage lines placed on lands in the past 10 or so years. There is some variance between the different claims in different parts of the country.

“High-voltage lines affect different landholdings in different ways, but the underlying principles of how each claim is assessed are identical and are based on the value of the land over which the line is placed – each claim is assessed having regard to specific rules set out within the 1919 Acquisition of Land (Assessment of Compensation) Act 1919,” he said.

If a claim is submitted to the ESB and it fails to deal with it, the landowner has the right to refer the claim to an independent professional property arbitrator, according to McKenna.

“A property arbitrator’s expertise is in the calculation of compensation payable when public bodies such as the ESB, Bord Gais, Irish Water or local authorities acquire rights or land from a landowner for public services and utilities.

Cases are concluded on an ongoing basis, with some being settled based on an offer made by the ESB – either through negotiations with the ESB or by award of a property arbitrator, McKenna added.

While every settlement is confidential, I can confirm that in every claim to date, the minimum amount of every offer – settlement or award of an arbitrator – has been over €50,000.

When contacted for comment, an ESB spokesperson said ESB Networks cannot discuss its dealings or arrangements with individual landowners with a third party. 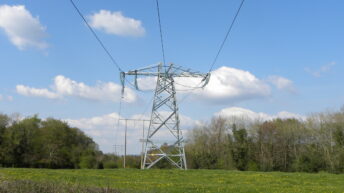 Campaign against North-South Interconnector to continue