Landowners reminded of responsibility to others

Landowners are being reminded by Mayo County Council to cut back hedges, trees and bushes, for the sake of people using neighbouring paths and roads.

The local authority is reminding people that hedges and trees on the edge of private property are the responsibility of the occupier or owner.

In an effort to raise awareness on tree and hedge-cutting, Mayo County Council is reminding landowners that they should avail of the few weeks left in the open season for hedge-cutting until February 29.

“Under the Roads Act of 1993, they are obliged to take all reasonable care to ensure that trees, ditches, hedges and other vegetation growing on their land are not a danger to people using or working on a public road or public footpath, and that liability for damage or injury resulting from such hazards will rest with the landowner or occupier,” the director of services said.

Between March 1 and August 31, hedge-cutting is not permissible, especially since this is the main bird breeding season.

“However, there are exceptions, such as when the hedge overhangs a highway, road or footpath over which there is a public or private right of way and the overhanging hedge obstructs the passage of, or is a danger to, vehicles, pedestrians or horse riders.

“Hedge-cutting and vegetation burning is prohibited from March 1 to August 31 to protect wild birds during the nesting and breeding season, so we are reminding land occupiers or owners to avail of the remaining weeks to cut back hedges which border roadways in the interest of safety.”

Custodians of the countryside

“Landowners/occupiers are required to fell, cut, log, trim or remove such trees, ditches and hedges and that particular attention should be given to damaged or weakened trees or limbs and stumps of felled trees as a result of storms, and that all necessary work should be carried out while hedges are dormant between now and the end of February,” the director of services said.

“The hedge-cutting ban coming into force is yet another example of where farmers are protecting and encouraging wildlife within the countryside.

“Farmers and landowners have always been custodians of the countryside and by enabling nesting birds the sanctuary of Irish hedgerows, farmers are once again actively encouraging a wide variety of habitats for a number of species,” Tom said.

He reminded landowners and occupiers that notices may be served on those who do not comply with their statutory obligations. 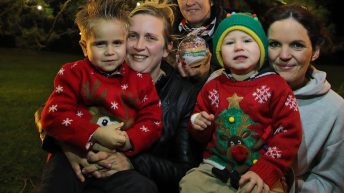