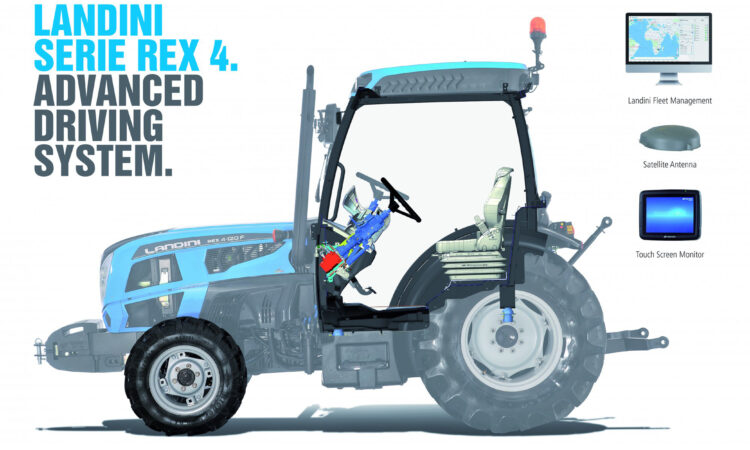 The full frontal digital assault on the blameless tractor driver appears to have abated a little.

Rather than having tractors become fully autonomous overnight, as was once widely forecast, manufacturers are tending to bring incremental changes to the way in which tractors are driven and operated.

Landini is the latest company to have made a move in alleviating the operator of mundane duties. One such move is to electronically re-centre the steering wheel after a turn is completed.

This accomplishment, along with several other aids to steering and manoeuvrability, has been recognised by the judges at EIMA 2018. They have bestowed Landini with a ‘Technical Innovation Award‘. 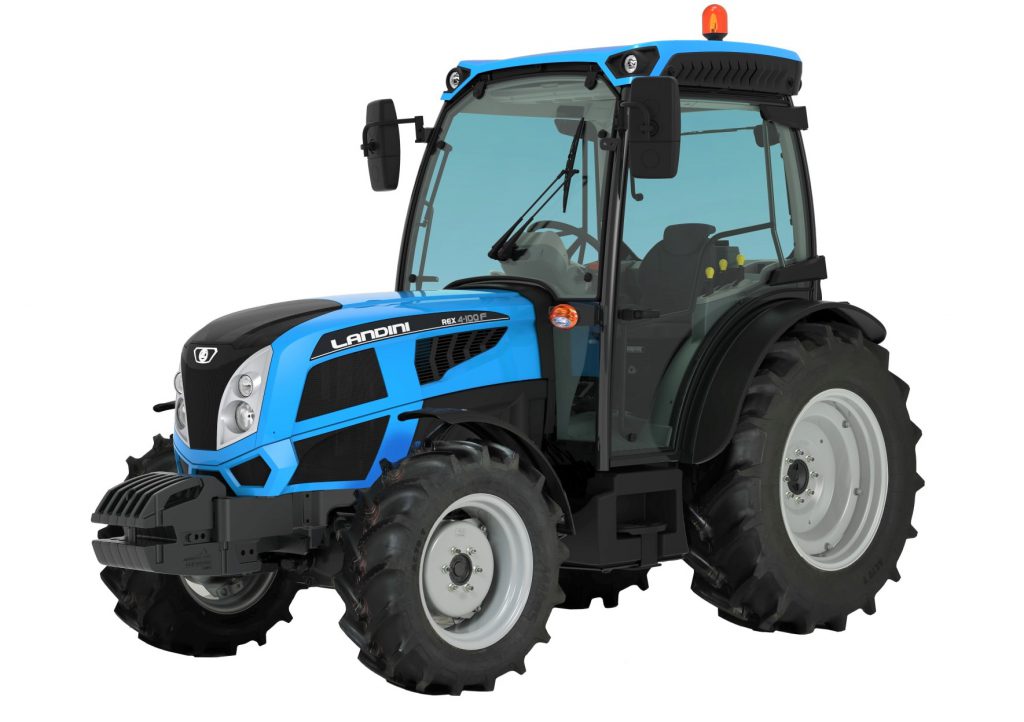 Landini explains the thinking behind its new ‘Advanced Driving System’, as fitted to its Rex 4 vineyard model, as follows:

Specialty tractors require a great deal of effort on the part of the operator, who needs to control both the vehicle and the implement.

“The technology also offers connection to satellite guidance, ‘memorisation’ and control of wheel position during slope and in-furrow operation.”

In addition to the steering functions the new ‘mechatronics’ package offers “optimal efficiency during field operation”. This is reportedly ensured by a multi-function ‘all-in-one’ joystick controlling the hydraulics (up to seven electro-hydraulic spool valves).

Landini goes on to claim that “introducing this technology brings many advantages”.

“Firstly,” it says, “the operator is free to concentrate on row operations, while the tractor’s ECU takes care of driving, recording hours of operation and service alerts.”

The Landini Rex 4 series of vineyard tractors encompasses five models from 70hp to 102hp. They are powered by 2.9L Deutz engines. 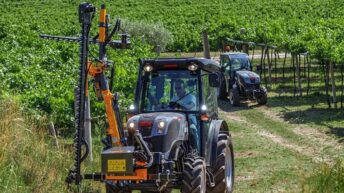