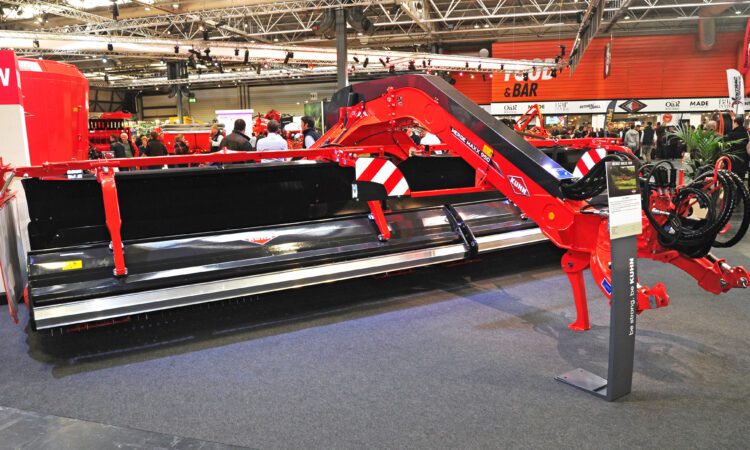 Aimed primarily at larger farmers and contractors, the ‘Merge Maxx 950’ belt merger from Kuhn spans 9.5m in width. It attracted plenty of attention at last week’s LAMMA show in England.

The machine was trialled in the UK last season and is now available through the company’s dealers. Kuhn believes that it will be of particular interest within the bio-digester sector, where soil contamination (from rotary-type rakes) can be a particular problem.

The company points out that belt mergers have the advantage of picking up the crop directly from where it was cut, rather than pushing it along the ground. The latter can lead to the integration of soil and stones into the resulting swath. 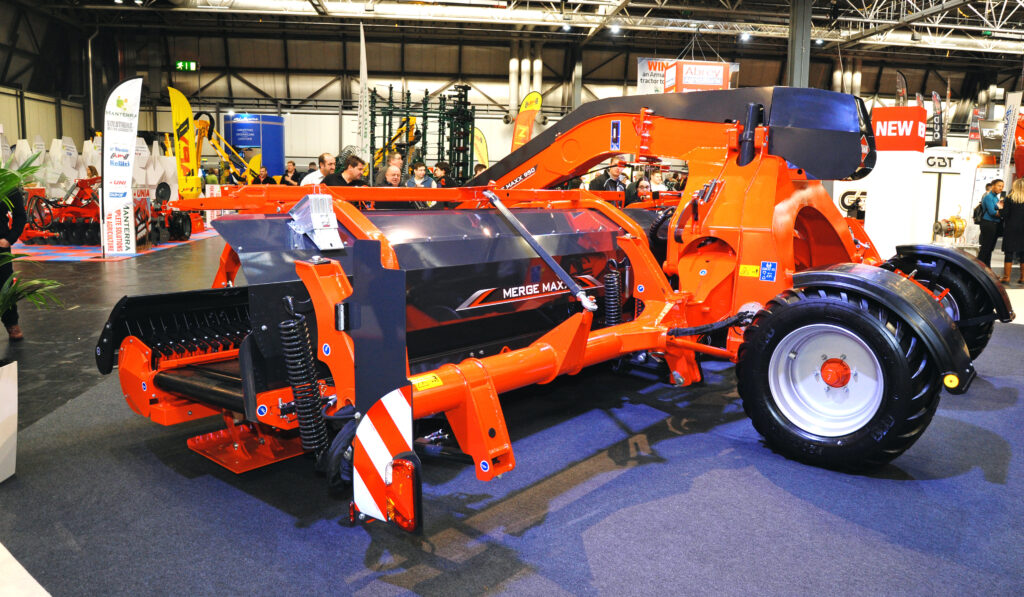 The belts can run in either direction. Usefully, the two units can be side-shifted to allow forage to be fed into the centre, or to each end of the belt. This results in multiple possible swath formation patterns. 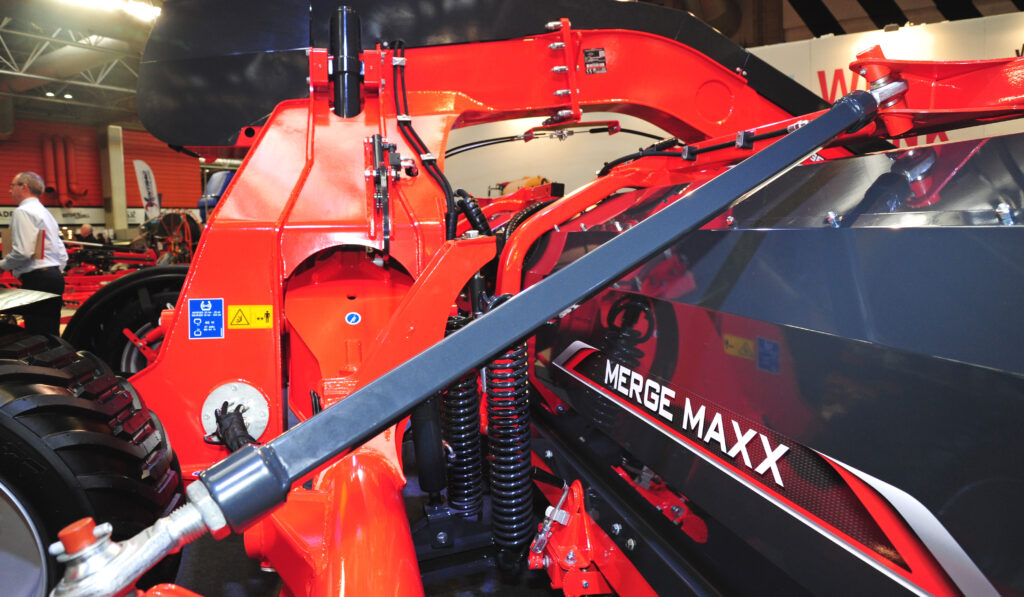 Kuhn also claims that the use of belt can result in better swath consistency. It suggests that it may even allow forage harvesters (following behind the merger) to travel 3kph faster than would otherwise be possible.

Each collector unit is spring-mounted and can move independently of the frame by up to 50cm. This, says the company, means that as little material as possible is left on uneven ground.

Power to the belts is via an independent (on-board) hydraulic system, which be driven from a 1,000rpm (or energy-saving 750rpm) PTO.

A spokesman suggested that a 125hp tractor would be sufficient to drive the Merge Maxx 950, which weighs 4.8t. 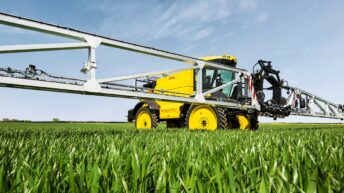