Kildare farmer’s battle with the State portrayed in new film 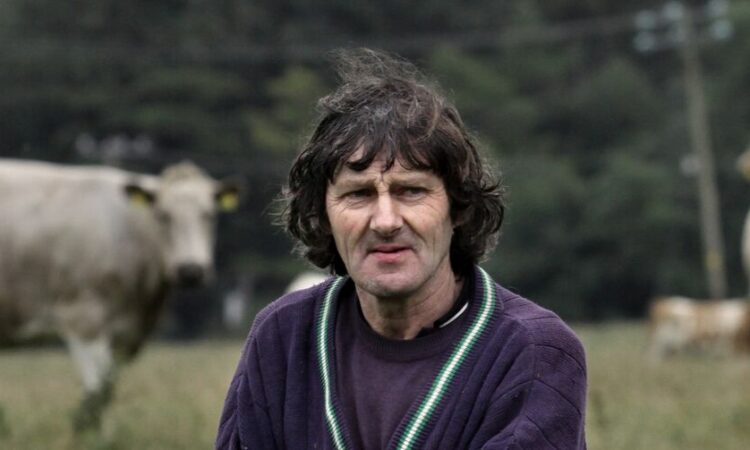 A Co. Kildare farmer’s battle with the State is depicted in a documentary film which has been enthusiastically received by audiences from around the world.

‘The Lonely Battle of Thomas Reid’ tells how the Blakestown farmer’s land, which directly adjoins a plant owned by US corporation, Intel, became the subject of a high profile court battle.

The battle began in 2011 after Thomas Reid turned down offers to sell a portion of his 72ac farm and the IDA tried to avail of a compulsory purchase order (CPO) to purchase his land. After losing his High Court case, Thomas Reid lodged an appeal to the Supreme Court. In November 2015, the Supreme Court upheld his appeal.

Documentary filmmaker Feargal Ward is a fellow Kildare man. “I am from Kilmacreddock/Barrogstown which is very close to Thomas’s house in Blakestown, between Leixlip and Maynooth,” he told AgriLand.

He became fascinated by the battle of Thomas Reid whose family had farmed the land for over a century.

Thomas had a number of signs on his front gate expressing his anger about his situation, so I pulled the car in and started talking to him. It took a long time for the trust between us to build to the point of making a film together – but we got there.

“It was a long process with Thomas – first a conversation, then a still camera to take a few photos and then a film camera. Screen Ireland – then the Irish Film Board – was really supportive about funding the development and then the production of the film, which took around two-and-a-half years,” Feargal said.

As a documentary, it is ‘scrupulously’ factual, Feargal said. “However, we re-enacted and re-imagined certain moments that we couldn’t film – the courtroom scenes for example, which we staged on Thomas’s farm. Myself and Tadhg O’Sullivan, the film’s editor and sound designer, have collaborated on many projects in the past that are documentaries, but with a cinematic quality; that’s the type of film we enjoy.

Thomas is in a good place right now, having won his case and he continues his life as before, looking after his herd of cattle and working hard. But since his victory, the law has been changed so that now the IDA do have powers to take his land if they so wish; so that threat still hangs over him, which is very tough on Thomas.

The reaction to the film has been ‘really really good’, according to producer, Luke McManus.

“We had our world premiere at IDFA Amsterdam, the biggest documentary festival in the world, where we were selected for the main competition – which is 12 films, so that was a massive vote of confidence. 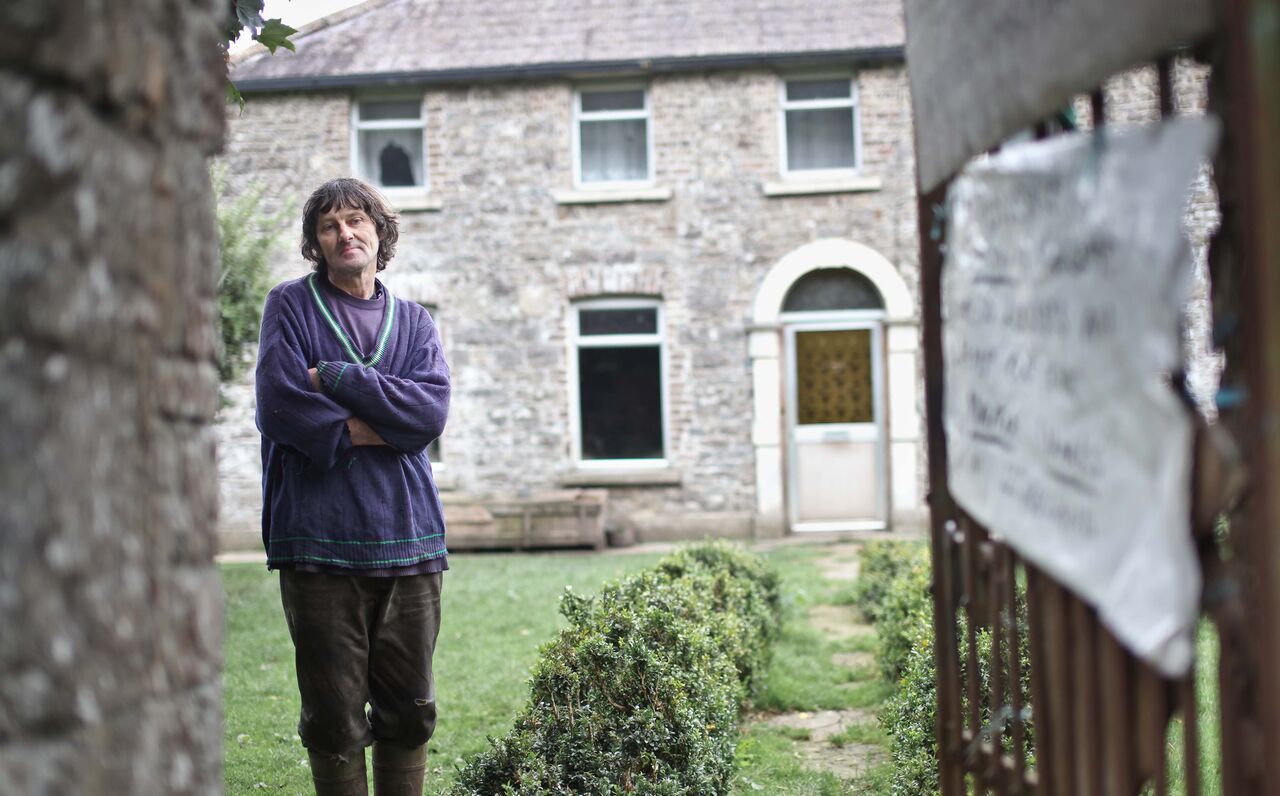 “We’ve screened at festivals worldwide, including very prestigious documentary festivals like HotDocs Toronto and Sheffield DocFest. We have just released the film in the cinema in Ireland. It’s a very cinematic, immersive documentary that really works best in the cinema, so we are really happy to be showing it around the country,” Luke said.

“It opened on Friday, October 19 in the Irish Film Institute (IFI), Temple Bar; IMC Dun Laoghaire; and Rathmines Omniplex in Dublin; in Eye Cinema, Galway, and in Omniplex Mahon Point in Cork. We filled every seat in the IFI’s biggest screen on Friday and people were queuing up Eustace Street.

“They were also turning people away from more sold out screenings on Saturday there, and we packed out one of Rathmines’ Omniplex’s biggest screen’s last week for our screening, which was followed by a chat with Feargal and I along with the Irish Times’ Tara Brady, and the Oscar-nominated director, Lenny Abrahamson,” Luke said. 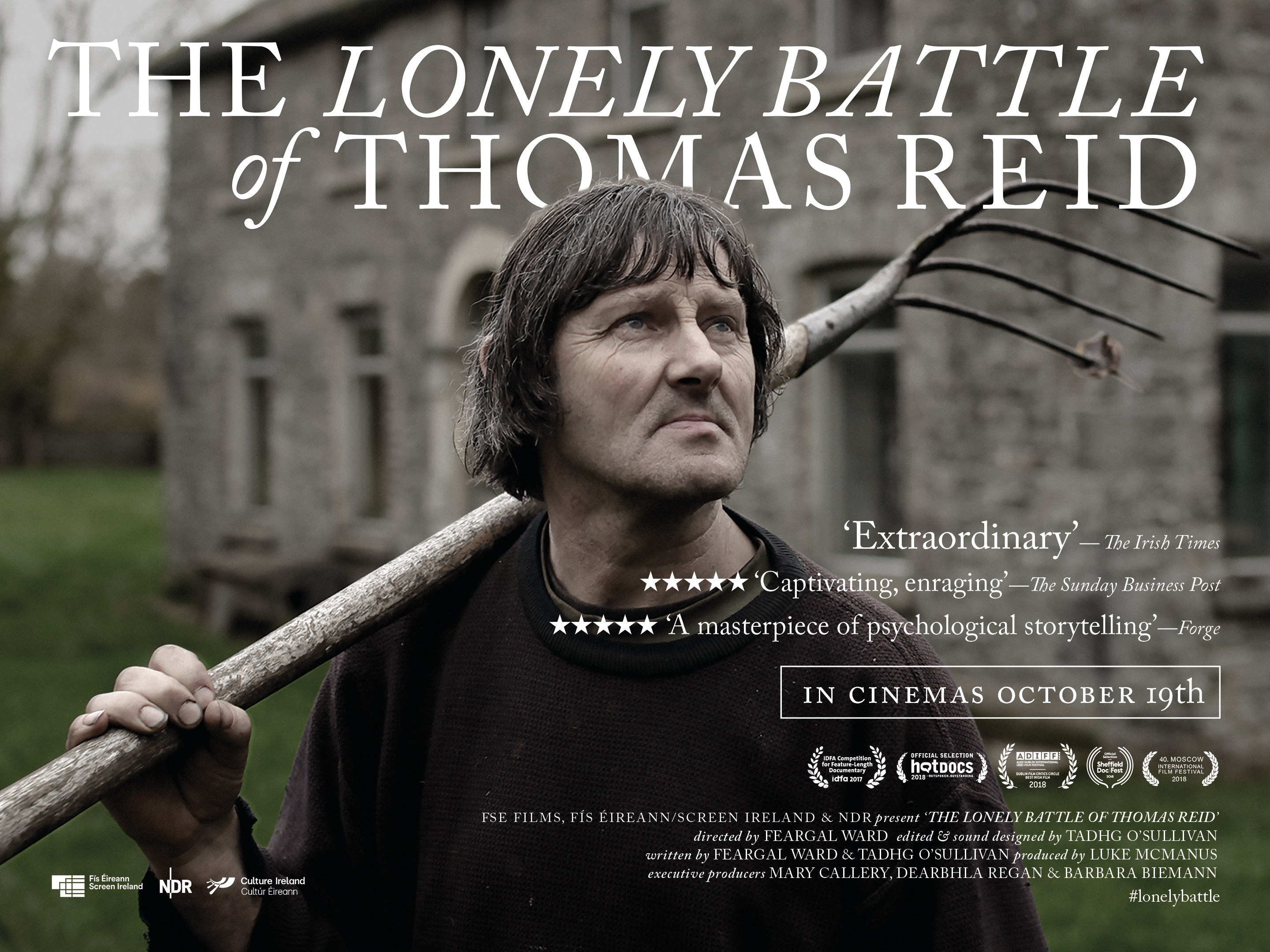 Rolling out around the country

“So it’s doing really well for us, and we are rolling it out around the country as we go. We had a great screening in Birr, Co. Offaly, the other week,” he said.

Said Feargal: “We were really really delighted to announce our Kildare premiere, which was on on Friday, October 26 at 6:45pm at the Odeon in Naas. We are really pleased that the multiplexes are supporting an Irish documentary like ours, and with the story set in Kildare and me being from Kildare, it was great to be screening in Kildare.”

Further details are on: www.lonelybattle.com. 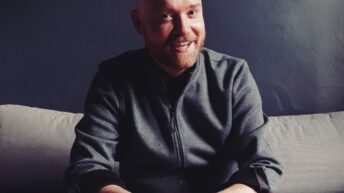