A Wexford grower’s vision in using the humble spud as a key ingredient in a new gin paid off when Jackford Irish potato gin received a gold medal at the recent Irish whiskey awards.

John Stafford, MD of Slaney Farm Produce, saw the opportunity to diversify into the increasingly popular gin market, harnessing the appeal of the potato.

Well known throughout the south east, Slaney Farms Produce is a renowned grower and producer of Wexford potatoes.

“It is this potato that I believe gives Jackford its creamy smooth base,” John said.

“In this fertile piece of Ireland, with its rich dark soil, the conditions are perfect for growth,” John said. The Stafford family has been farming in the ‘sunny south east’ for 300 years and that tradition is being maintained and developed by John, who grows 400ac of potatoes and 600ac of cereals annually.

The move to distilled spirits stemmed from his urge to diversify, with the potato at the heart of the product. The goal was to create a handcrafted Irish potato gin. From early days, the focus and aim of the Stafford team was to create a premium quality gin as the introductory launch to the new company, Stafford Irish Spirits. 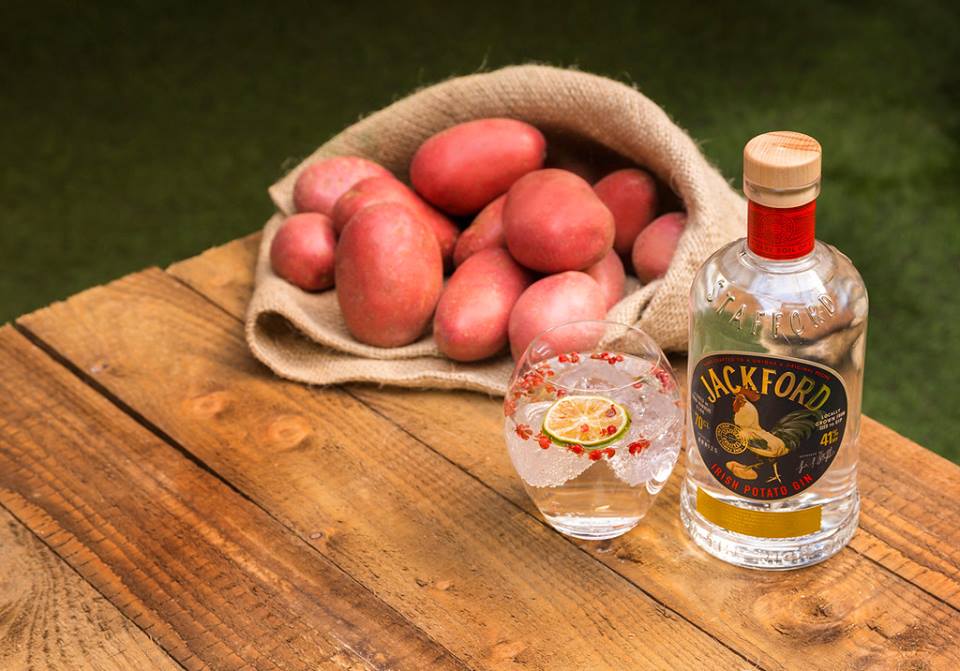 To create Jackford Irish potato gin, a distiller was engaged and a tasting panel of industry experts was gathered to trial several recipe attempts.

“It was the final recipe that gave the confidence we have in the product. Feedback and scoring from several blind tasting sessions showed we had really created a special gin that I was proud to put my name to,” said John.

Logistically, the move into a new business brought new learning curves, but we recognised the need for quality in our presentation to reflect the premium appeal of the gin.

“Our bespoke bottle and label have gained much attention and have helped increase our profile since we launched.”

To create the first batch of Jackford, John outsourced the distilling process, but plans are underway for Stafford Spirits to build its own distillery in the near future.

“For now, the focus is on brand awareness and spreading the word and growing our customer base, both on and off trade,” said John.

“It been an exciting few months since the launch of Jackford in June. In a saturated and competitive market, the Stafford team believe that the quality and distinctive taste of Jackford will stand the test of time. Just as quality was the basis for Slaney Farm, so too is the ethos for Jackford,” he said. 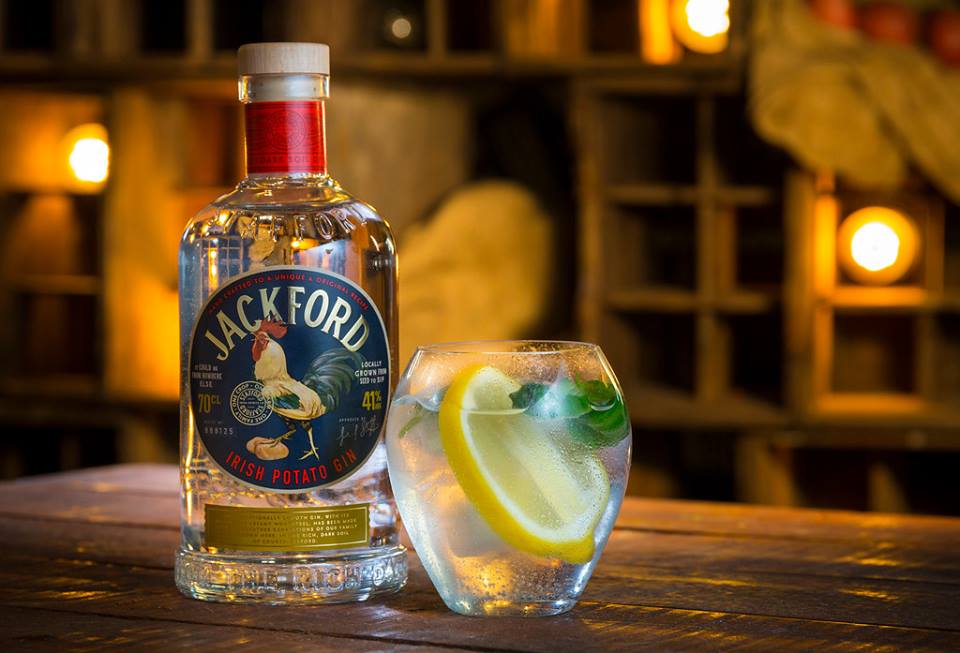 The initial launch of Jackford was at local level in Co. Wexford.

“Demand for the new potato gin has grown and we are now in some of the main bars in Dublin, which again shows the quality of the product. As a proud Wexford man, I am delighted to see bars in the likes of Clonakilty, using our new Jackford gin as their gin of the month and also to see the window of such industry market leaders as James Fox Cigars offering their window display to support the brand.”

Distribution in Northern Ireland and the UK is now starting. The team recently returned from a week of meetings in the US, gaining an insight into the market, with the aim of being on sale in selected states by the end of quarter two next year.

There are also product development plans as Stafford Irish Spirits intend to expand its portfolio of gins as well as adding innovative infusions and flavours.