In this week’s beef focus, we visited Bio Valo, a 1,500m² site that produces electricity for approximately 20,000 people.

The farm consists of 55ha of cereal crops, 40ha of secondary crops, four poultry-rearing units – which are home to 750,000 chickens – and a duck-finishing unit, where 35,000 ducks are fattened per year.

Located to the rear of the site is a 21-bay, bedded shed, which is home to approximately 800 young Charolais bulls throughout the year.

As part of the Sommet de l’Elevage livestock show – which took place in France recently – AgriLand visited the site near Clermont-Ferrand.

As there are many buildings located on the site, every building is fitted with solar panels, which aids the production of renewable energy.

Bulls for the feedlot are purchased locally and – on arrival – they are held in isolation pens and a strict vaccination programme against worms and pneumonia is implemented.

Bulls are also given trace elements and essential oils, which help keep the bulls healthy and reduce the need for antibiotics.

On the day, Jean-Sebastien Lhospitalier – the company’s president – explained how the health programme has changed over the years.

He outlined that 20 years ago, antibiotics were put in the feed in order to keep the bulls healthy; however, these days, antibiotics are used as a last resort and more emphasis is put on vaccination and minerals, in order to reduce Antimicrobial Resistance (AMR).

The Charolais bulls are purchased at approximately 435kg. They are then fed a build-up ration before being introduced to the finishing ration.

At an average age of 10.8 months on arrival, bulls have an average daily gain (ADG) of 1.18kg/day on the first ration.

Bulls are finished over a six-month period and have an ADG of 1.76kg/day on the finishing ration. This ration contains the by-product from processing sugar beet, hay, straw, maize, a mineral mix and molasses. 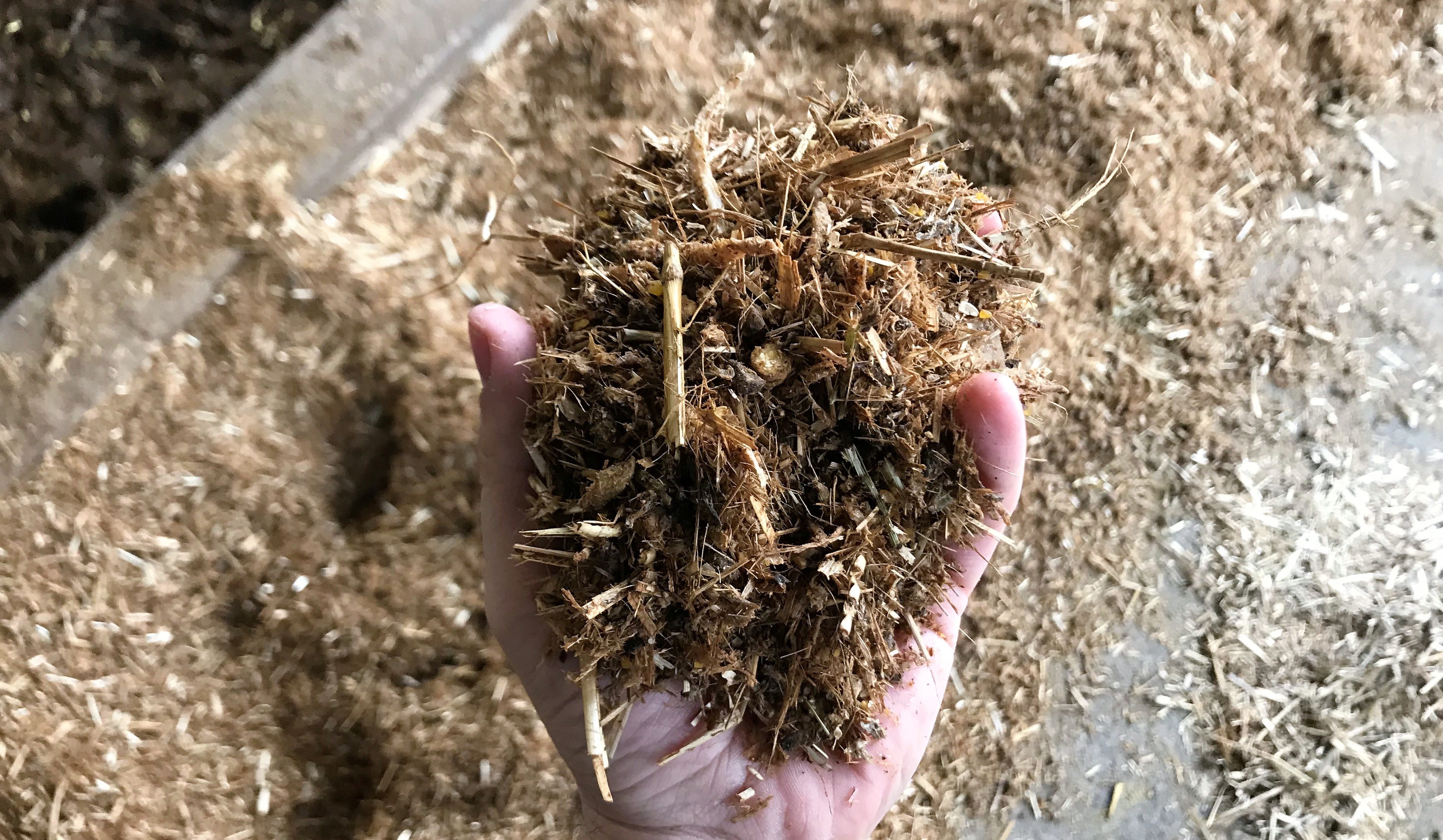 When it comes to slaughter – aged approximately 16.5 months (750kg live weight) – the young bulls are marketed through the Feder Co-operative and achieve a carcass weight of 440kg; the bulls normally kill into a U-, with a 58% kill out percentage.

In addition, 10-20 bulls are sold to the slaughterhouse each week. Pens are cleaned every 15 days and this product is used in the production of electricity.

The electricity produced is also used on the site. However, it is not just by-products from the farming operations that are used. By-products from slaughterhouses and the catering industry are also taken in.

The methanisation process can then begin. By-products (solids and liquids) from the process are completely odourless and are spread on the land as fertiliser. A research centre is also located on site.

Beef focus: Behind the scenes of a French slaughterhouse and boning hall