‘Keep our farmers farming and we will deliver safe food’ 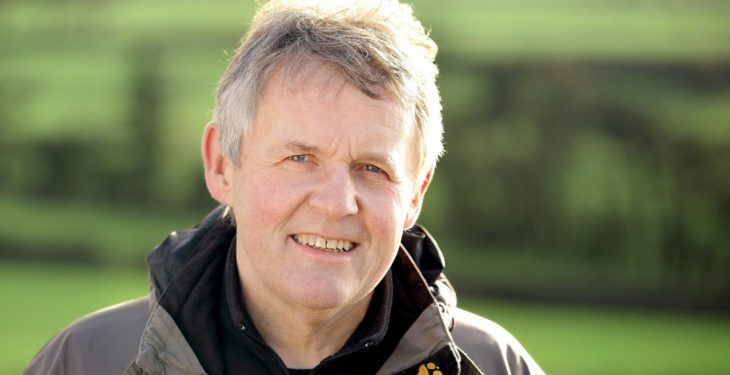 As we head into 2018, the president of the Ulster Farmers’ Union (UFU), Barclay Bell, remains positive – despite all of the challenges on the horizon.

The UFU is set to celebrate its centenary year in 2018 and the major milestone will be marked with a full calendar of events, according to Bell.

He said: “This is also an opportunity to promote all that is good about the farming industry in Northern Ireland. Too often the industry seems to be under threat from all sorts of misinformation from organisations with a very narrow agenda.

“Perhaps they should consider – do they want to import their food from other parts of the world with lower environmental regulation, lower animal welfare standards and possibly not even a minimum wage?

The message is very simple. Keep our farmers farming and we will deliver safe, traceable food, produced to world leading standards.

In his message for 2018, Bell said: “Brexit will continue to be a challenge. DEFRA [Department for Environment, Food and Rural Affairs] Secretary of State, Michael Gove, and his department have an opportunity to safeguard and increase the supply of top quality UK food.

“However, the environmental lobby must also accept that unless there is a profitable farming industry, we will simply not be able to deliver any of their aspirations.”

The president of the UFU also believes that it is likely that an Agricultural Bill will pass through Westminster in the new year. If successful, he is of the opinion that the farming industry can be moved into the “brave new world”.

“For all our businesses, we need to realise this change isn’t far away and not leave it to the last minute to consider what it means for you and your family,” Bell said.

He also explained that one of the major frustrations over the past year has been the absence of a devolved agriculture minister. Farmers have suffered a number of failings as a result, he said.

“TB continues to be a scourge on our livestock industry; but, until a minister is in place, it is difficult to see how meaningful intervention can happen.

“Farmers around Plumbridge and the north-west – whose farms and land were devastated by the flooding in August – have been left wondering about financial support.

There have been ongoing delays to the establishment of the livestock genomics programme and the agri-food marketing body; but, we are determined to see meaningful progress on these and other issues – with or without a minister being in place.

The weather of 2017 will certainly not be forgotten and it will present many challenges as we head into the spring of 2018, according to Bell.

“For some of our grain growers there has been total crop loss and for others very difficult harvesting conditions. It has been a similar story for our potato farmers and there will be heavy losses.

“Fodder shortages are a major concern and we will continue to work with DAERA to find the best way forward.

As we head into 2018, I hope we all start the year the way we mean to go on and farm safe. There are still far too many accidents on farms and we all have a role to play in addressing the problem.

“On behalf of the UFU, I hope we will all have a safe, profitable 2018 and a year of much better weather,” he said.