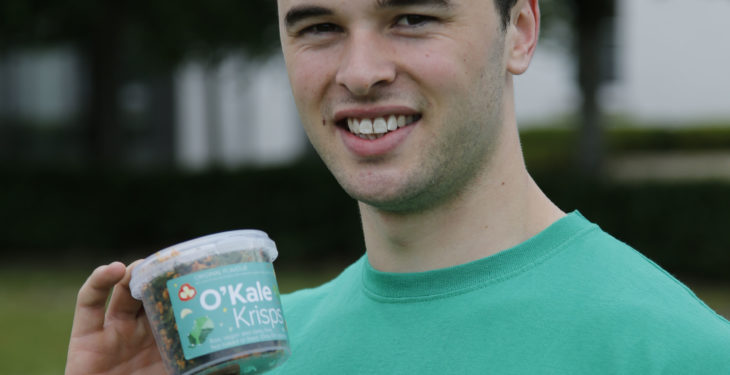 While frequently dismissed as fodder for sheep and cattle, kale is coming to notice as a wonder vegetable, used in food products, juicing, and even skincare and beauty lines.

One Irish company that has got in on the act is O’Kale Krisps. It was recently announced as the overall winner of the 2017 UCD Start-Up Stars Programme.

An early-stage food venture, it has developed what it hails as low-calorie, highly nutritious and air-dried kale crisps, aiming to give consumers a healthy snack alternative.

Every tub of O’Kale Krisps contains 69 calories. It is high in: iron; calcium; vitamin C; antioxidants; and anti-inflammatories, according to the company.

The members of the O’Kale Krisps team are UCD undergraduate students, Jack Parsons, business and law, and Oisin McElhinney, arts.

O’Kale Krisps was selected as the overall winner as it was judged to have the most commercial potential. The founders received a cash prize of €3,000, sponsored by Xilinx.

Parsons said they enjoyed their time at NovaUCD, where they further developed their start-up.

Through our products, we want to build a community around healthy food, healthy body and mind, to help people live a happier life.

In 2015, a Co. Dublin farmer thanked Hollywood actress, Gwyneth Paltrow, for boosting his business, because of her love of kale.

Christopher Keane, from Oldtown, told RTE Radio One of Paltrow’s love of kale as a health food. As a result, he said, there was huge demand for the vegetable around that time.

Since then, demand had levelled off, in reflection of the impact of changing trends, said Keane, who farms a mixture of crops on 350ac. This year he is growing about 130ac of the vegetable for the Irish market.

The varieties of kale fed to livestock are completely different to those sold for human consumption, Keane said.

The Irish kale growing season runs from June through to April. “I always grew kale,” said Keane, who is not from a farming background. “It was the handiest crop to grow for my Green Cert. Kale will last six months in a field.”

However, the vagaries of weather and low pricing are challenging. “We are constantly trying to battle with price, and there is nothing you can do about the weather, except pick the fields you put it into,” Keane said.

Kale, he said, comes into its own after Christmas, when detoxing becomes a priority for many. In Dublin, Halloween is another busy time, as colcannon comes into favour as a dish.

“What we need now is another movie star to talk about kale’s health benefits,” Keane laughed. 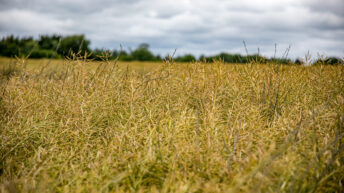