Landini and McCormick tractors back at the Ploughing – with new faces

AgriArgo's Will Doyle, who represents Landini and McCormick

Landini and McCormick tractors will be back at the National Ploughing Championships this year as new distributor AgriArgo UK “underlines its commitment to the Irish market“.

A selection of tractors representing the current Landini line-up and the growing McCormick range will be on display, and the event presents the first opportunity for the AgriArgo management team handling sales, distribution and after-sales support to meet farmers, contractors and other end-users.

“At our first Irish dealer meeting, we were told that returning to the Ploughing is essential to give the brands and the tractors the profile they deserve,” said Will Doyle, national sales manager for Ireland. 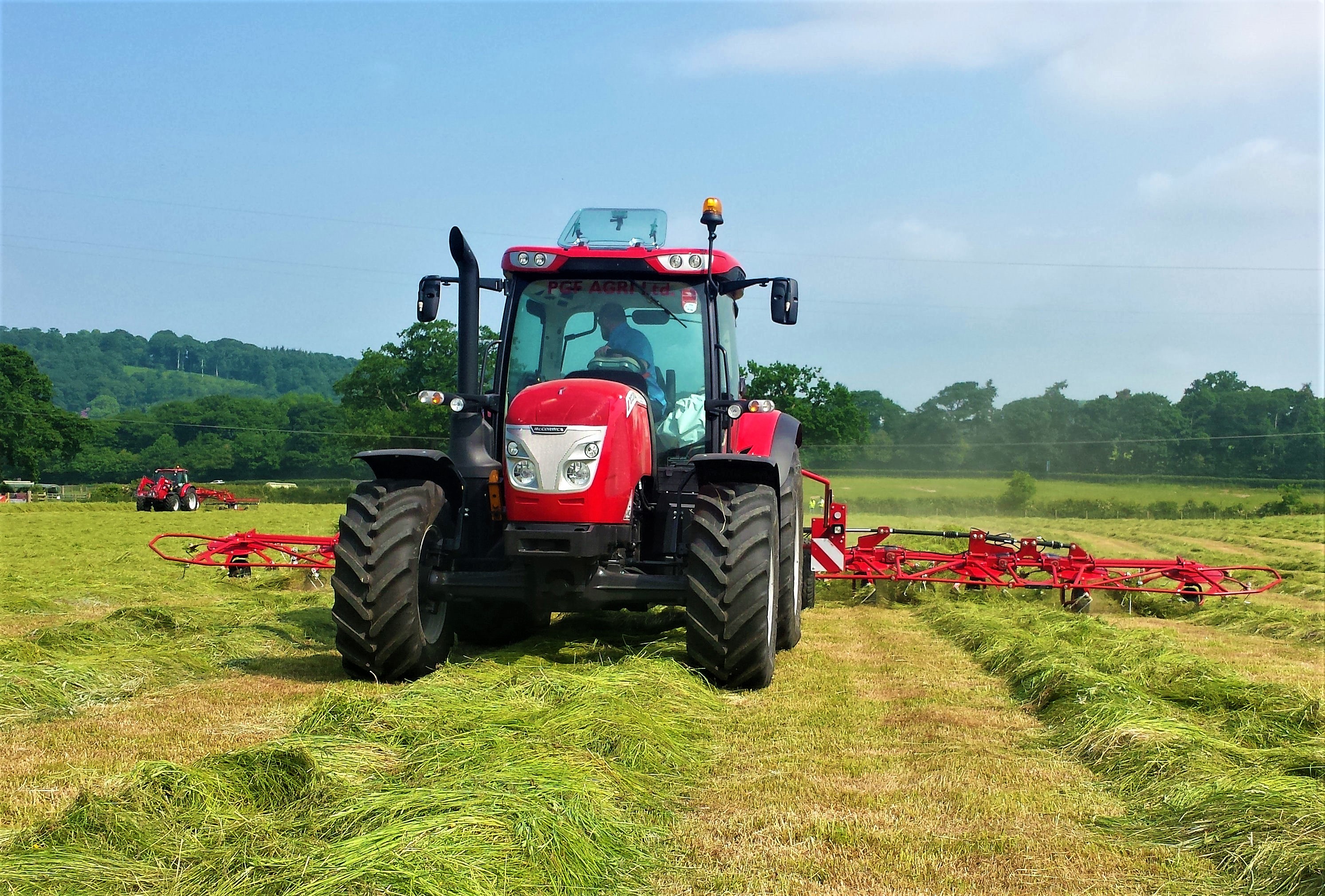 “But, frankly, we knew that already; it’s a hugely important event for the farming community and a great platform for effectively relaunching Landini and McCormick in Ireland.”

AgriArgo has kept a relatively low profile since being appointed by manufacturer Argo Tractors to take over the sales and support role vacated by the previous distributor.

Behind the scenes, explained Ray Spinks, general manager and sales director, the intervening period has been spent negotiating with existing and potentially new dealerships, and getting the required resources in place to serve the Irish market professionally.

“We’ve been focused on getting dealers up to speed on our procedures for ordering tractors and parts, and on putting finance resources in place for dealer stocking plans and retail sales,” he said.

Our service staff have explained the diagnostics tools available to dealers for trouble-shooting, and the procedures involved in warranty claims and for delivering feed-back to the factory, which we consider very important for the long-term development of the products.

This all takes time, Spinks pointed out, but is “essential to make the transition go as smoothly as possible so that Landini and McCormick dealers are well-equipped to serve their customers”.

Advertisement
One of the first dealerships to fully embrace the changes and sign up to the new distribution arrangements is Maher Tractor Sales at The Bush, Dunslaughlin near Dublin.

“You can go on talking about what you want as a dealer but it’s best to just get on, embrace the changes and different ways of doing things and get selling tractors,” said Derek Maher. 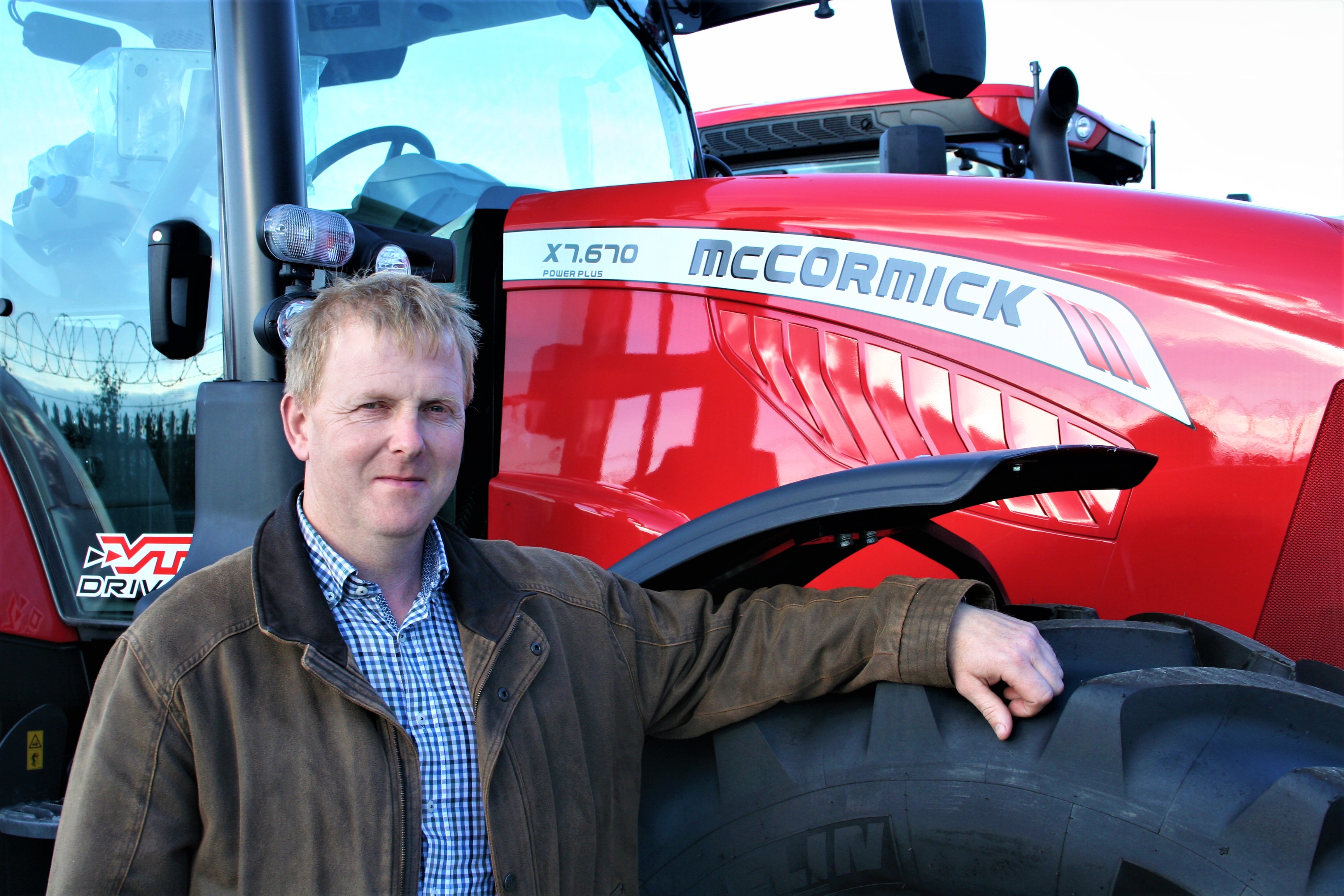 “It’s early days but we’ve been impressed by the team at AgriArgo,” he added. “You can talk to them on the phone rather than doing everything by email, as some suppliers want you to do. They’ve listened to us and been more than helpful in providing the information we need.”

Maher Tractor Sales supplies mainly McCormick tractors to farming customers, along with some of the smaller Landini models into the fruit sector where they have a “strong following”.

AgriArgo’s Will Doyle said: “Mahers have been doing well over recent weeks with the 85-113hp McCormick X5 Series and 111-140hp X6 Series tractors, proving that it’s important for dealers to hold tractors in stock to meet demand for customers wanting to make a quick decision on a purchase.”

In that respect, the new stocking finance facility available to dealers is helpful, said Derek Maher, who believes the retail finance packages will be attractive to some customers.

“The X5 is a decent tractor, especially as a replacement for the McCormick CX and earlier versions, as well as similar tractors of other makes,” he said. “The X6 appeals to farmers wanting something a bit bigger and more powerful; it’s a fine tractor.”

The X6 Series tractors (and the equivalent 6C Series models in the Landini range) are powered by 4.5L FPT Industrial engines. They are available in a variety of build variations, with 40kph, Eco 40kph or 50kph transmissions, several PTO configurations, axle and cab suspension, and so on.

Base specification includes a 66L/min gear pump, but the ‘LS’ version has a pressure-flow compensated system with 110L/min output from a piston-type pump. In both cases, a 38L/min gear pump is dedicated to steering and ancillaries like the modulated PTO and 4WD clutch.

“With the ‘LS’ version especially, the hydraulic response for loader work is really good,” said Doyle. “And with a 36-speed semi-powershift and adjustable power-shuttle, the Argo transmission is well set up for field and road work.”

Examples of these and other tractors in the Landini and McCormick ranges will be available for inspection at the National Ploughing Championships on September 19-21 at Screggan near Tullamore, Co Offaly.