John Deere has this morning announced the appointment two family-owned businesses, Meath Farm Machinery and Agri-Power, as its new dealers for the areas in Ireland previously covered by Johnston Farm Equipment and Eamonn Tinney & Sons.

Established by dealer principal Peter Timmons at Kilberry near Navan in Co Meath in 1979, Meath Farm Machinery has two additional outlets at Bailieborough in Co Cavan and Kilcock in Co Kildare. The dealership has announced that it will be relocating the Bailieborough outlet to Poles, Dublin Road, Cavan in January 2014 to provide a more central location covering Longford and Leitrim within the newly expanded territory.

Until this new branch opens, all sales, service and parts for John Deere agricultural and homeowner equipment, plus the dealership’s other franchises, are being handled by the Bailieborough branch. The sales team here is led by Pat Kelly, with Tom Dunne, Gerard Markey and Stephen Clarke handling service, and Louise Weldon managing parts.

“Over the past eight years Bailieborough has gained an excellent reputation for the quality of its sales, service and parts support,” said Peter Timmons, who is assisted by son Ian and daughter Nicola. “Our existing team will remain in place at the new outlet and will continue to provide the same first class service to our new customers in the Longford and Leitrim area.”

Based near Omagh in Co Tyrone, Northern Ireland, Agri-Power is opening an additional outlet at Rossgier Business Park, Lifford in Co Donegal within the next month to provide local parts, service and sales to customers in Donegal and the surrounding area.

In the meantime, the dealership will also be offering parts, service and warranty support from its existing branch near Omagh, with local parts delivery and on-farm service support available in the Donegal area. Service technician James McMenamin and sales representative Alan Palmer will be based at the Rossgier depot.

“We invested in a redevelopment programme at our Omagh depot last year, which involved extending our parts, service and showroom areas,” said Noel McCullough, who has almost 30 years of experience with John Deere equipment and has been dealer principal of Agri-Power since 2005.

“The new Donegal outlet will also be fully equipped for parts, service and sales of the John Deere range of agricultural and homeowner equipment, as well as other machinery brands. Our experienced and well-trained staff at both locations are committed to providing the highest possible standards of service to all our existing and new customers.” 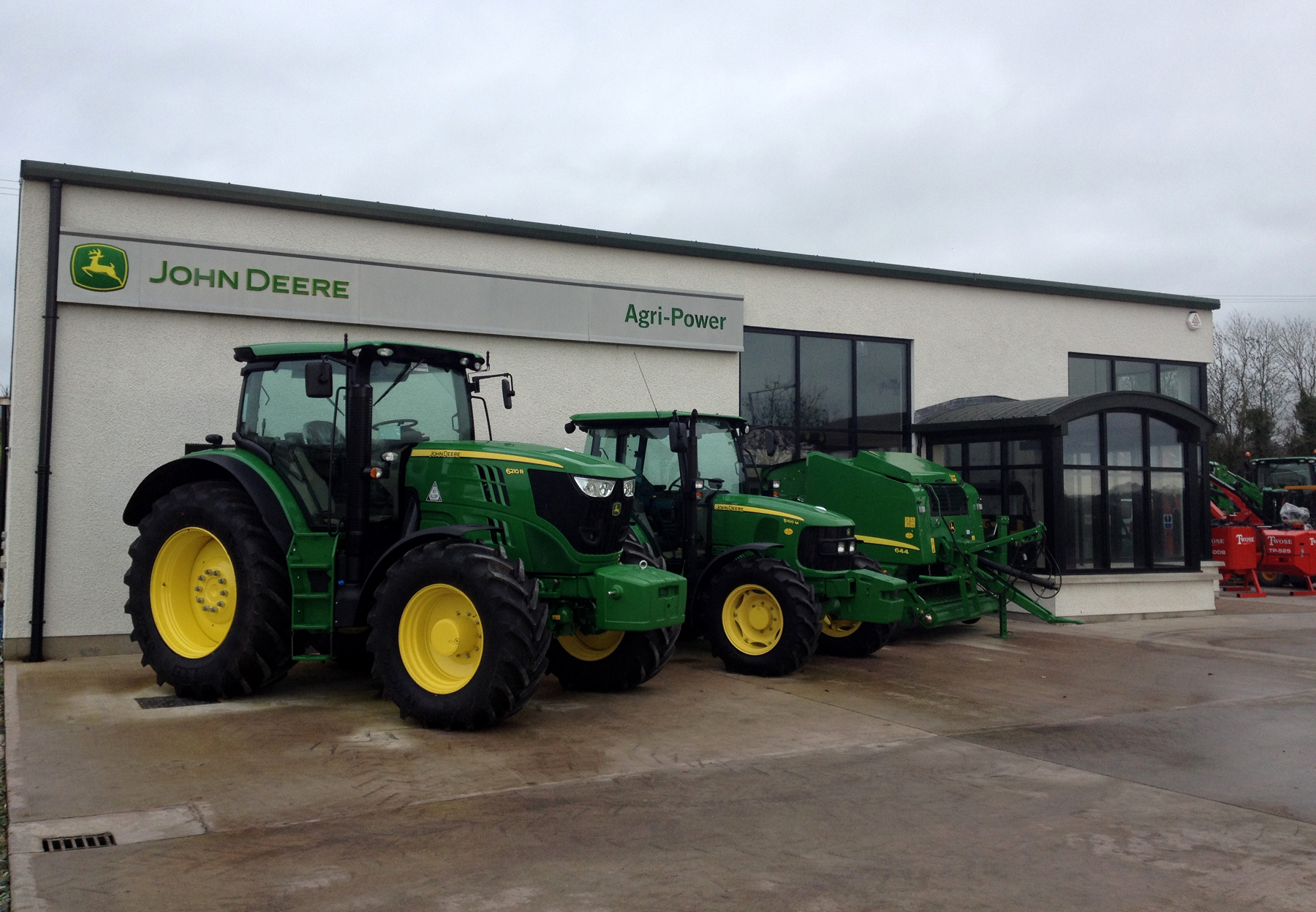