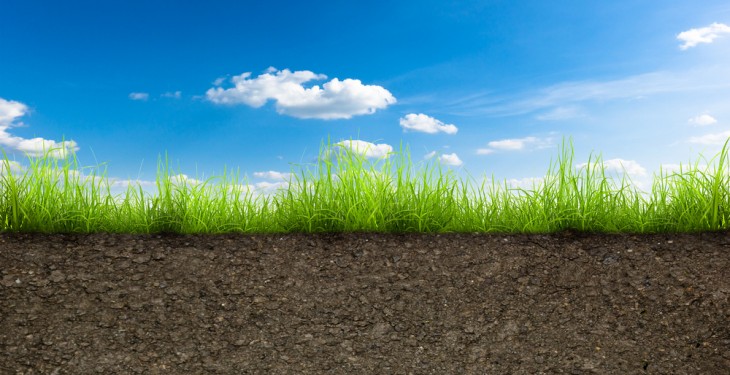 The View from Teagasc: The demise of the sugar beet crop led many farmers to move from crop rotation to cereal monoculture. Soil
fertility suffered and tillage farmers are reviewing their soil testing and fertiliser strategies.

Eddie Nolan, who farms 80ha of tillage land in Fenagh, Co Carlow, has worked closely with his Teagasc tillage adviser Ciaran Hickey to maximise crop returns by producing high yielding crops and controlling costs on this farm. He says the loss of the beet crop has had serious consequences for his cropping strategy.

“The beet crop has demanded precise soil fertility management with rotational liming to control soil acidity. A significant part of growing sugar beet was soil testing in advance of sowing the crop.

“Based on the test results, tailored beet compound fertiliser supplied P and K to balance the crop rotation.

“When we stopped growing sugar beet in 2004, we moved to a rotation of continuous winter wheat and spring barley. The emphasis switched to above-ground crop management such as seeding rates, disease control, PGRs and so on to maximise crop yield and less of a focus on soil fertility.”

Ciaran Hickey soil sampled the poor patches and this revealed that soil pH levels were very low, helping to explain why the yields of spring barley had started to slip on the farm.

“Soil samples had been taken for farm scheme work in 2007 and the results indicated that soil fertility was adequate; however, this was not in agreement with field crop performance,” said Ciaran.

At this stage, continuous winter wheat yields had also started to decline due to take-all and, in order to maintain farm income, “we decided to return to a crop rotation of winter oilseed rape/winter barley/spring barley/winter wheat,” said Eddie.

Ciaran highlighted the importance of balanced soil fertility for rgowing a range of crops compared to winter wheat monucultures.

With grain yields slipping, a large proporation of the farm was sampled in September 2008. Results confirmed a problem with soil fertility levels, in particular a large drop in soil pH levels.

Soil pH had decreased to pH 5.49 in some fields and confirmed the reason for the low yields of spring barley.

The results also revealed that soil P and K levels had dropped significantly as a result of the P and K off-take in high yielding cereal crops.

The fertiliser choice for winter wheat at that times was 18-6-12 which was good value for money but was not correctly balanced to meet crop P and K requirements.

“The results indicated that the lime was increasing soil pH over this short time frame to the target levels required for the new crop rotation.”

Additional P and K was also applied based on soil test results. Fields that had very low levels of soil K received additional potassium as 50 per cent K (MOP) which was applied to balance both soil and crop requirements.

Eddie emphasises the importance of taking soil samples correctly and paying attention to the soil test results in order to understand what’s happening in the soil.

Intensive soil sampling was carried out and Eddie and Ciaran decided to split fields based on previous crop performance to take a more detailed look at what was happening in the soil. These results identified differences in soil nutrient levels within fields. This provided the basis for more precise application of lime, P and K.

Table1 shows how nutrient levels differed as a result of splitting fields and allowed a closer look at what’s happening in particular parts of fields and a clear explanation why fields are performing differently.

The difference in soil pH, P and K levels are shown in Table 1 for two of the fields sampled.

During the sampling, Ciaran kept detailed maps and records of all the sampling points so that the fields can be re-sampled in the future following a similar pattern. Theses soil test results have formed the basis for nutrient applications on the farm. Based on these results, Eddie decided to import organic manures to help build soil fertility and organic matter levels.

In the autumn of 2014, Phelim MacDonald, Eddie’s new tillage adviser in Co.Carlow, will resample all the fields based on the sampling maps prepared in 2010 to monitor soil fertility changes over the last years and to plan nutrient applications for the next four years.

When there was sugar beet on this farm, regular soil testing and liming were carried out to ensure soil fertility was maintained to maximise crop yield. These practices ensured soil fertility levels were also good for the cereal crops grown on the farm.

Continuous, high-yielding cereal crops will take large quantities of nutrients from the soil and result in a decline in soil fertility if the nutrients are not replenished.

A good soil testing programme allowed Eddie to identify soil problems and formulate a fertiliser plan for the soils and the crops to be grown on his farm. The planned fertiliser and cropping strategy will be implemented by Pheilim and Eddie to ensure profitable crop production into the future.