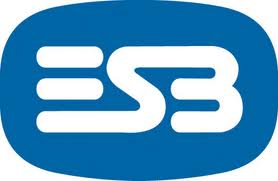 Minister for Agriculture, Simon Coveney, and farming organisation, the ICMSA, have described the threatened industrial action at ESB as “a disaster and a “retrograde step for the Irish economy”.

Members of the ESB Group of Unions say there is a possibility for an all-out strike after 16 December. Management and workers are in dispute over the company’s pension fund and, according to reports, the Cabinet is being briefed on the situation this afternoon.

The ESB Group of Unions last week served notice of industrial action on the company, set for December 16, in an escalation of a long-running disagreement over a €1.6bn deficit in its pension scheme.

“We are in a serious industrial crisis brought about by ESB’s behaviour. The responsibility for any industrial/strike action lies firmly at the door of the most senior management in ESB. In this regard affiliates will shortly serve notice of industrial/strike action on ESB following a resounding mandate from your staff whose pension scheme you seek to abandon,” it stated in a public letter to ESB management following its latest union meeting last Friday evening.

Commenting on possible industrial action, ICMSA president John Comer said every effort must be made to avert what he described as “a disaster” that would see energy supplies disrupted and inflict untold damage on the state’s flagship dairy sector.

According to Comer, the matter was relatively straightforward: “Our overriding priority here is to see the matter resolved and all and any threats to our milking and processing capacities removed. All sides must get together and apply the logic that will yield a solution. The Government must make the reality of the situation known to all concerned.”

Speaking to the media outside Government Buildings, Agriculture Minister Coveney said strike action is “the last thing the Irish economy needs right now. This would be a real retrograde step and it shouldn’t happen.”

Negotiations between management and unions are scheduled for Thursday in a bid to break the standstill.