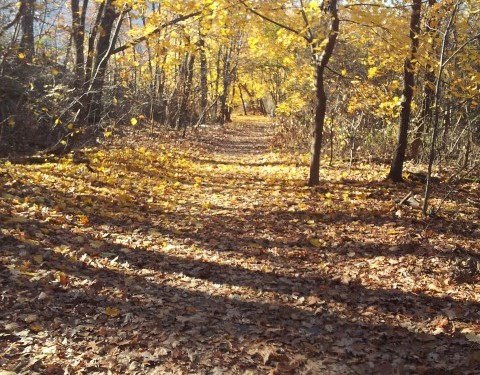 AgriLand caught up with Irish Farmers Association (IFA) deputy presidential candidates earlier today. With the IFA Farm Forestry conference on this week both candidates were asked their opinions on the forestry sector and the things they would like to do if they got into office.

“For me if the Government want to keep the forestry sector alive, they must continue to support the sector.”

“It looks like wood prices are going to be firmer into the future. The value of the sector must rise as a whole. It’s as good a way of getting a pension pot together as you’re going to get, particularly if farmers have some marginal land.”

On forest certification, which is currently being demanded by some markets, he said: “My own opinion is most farmers are not experts in forestry. So any advice on management of forests is needed from forestry professionals.”

Kavanagh noted: “I have an interest in forestry myself as I have a small forest myself. I am a member of the Wexford Wood Producers.”

“I’m a strong believer in small forest owners, forming groups and coming together to help with some the costs involved in forestry. That’s what the Wexford wood producers have done and it’s been very successful.”

On Coillte he said: “I wouldn’t like to see any of your forests in foreign ownership. But it looks like that idea is well and truly on the back burner.”

Regarding the recent outbreak of ash dieback, he described it as “really worrying”. “Ash is a native tree of Ireland and it is an awful pity to see a foreign disease coming in and disseminating it.”

On compensation he said: “The Government coppers are pretty bare at the moment and compensation is unlikely. However the State could step in and in some way incentivise replanting that might be an option.”

He said: “A real concern in this area would have to be the Government declaring in the Budget a review of all tax reliefs. The tax-free nature of the forestry sector is probably its most attractive feature and it is vitally important that it remain in place.”

“Forestry a really valuable option for farmers with more marginal land. It is a great way for them to get value out of land some land that is not really of use for anything else.”

“The uses for timber in the country have increased. There are really plenty of options now and this has a positive effect on the demand for wood and price.”

On ash dieback O’Leary noted: “It’s shocking really. I have travelled around the whole country in recent weeks and the amount of ash in the countryside not alone in forests is vast. I really hope the government are up to this job as it’s a very serious issue.”

On the previously mooted sell off of Coillte he said: “That was a situation where it looked good in theory however it was unworkable in practice. Look, Coillte is a national asset. There a numerous reasons why it’s important to the country. It would have been a travesty had it been sold off.”

In conclusion, he said: “Forestry is an indigenous sector. It creates jobs in Ireland all the way through the chain. The bulk of the value from forestry stays within the country and that’s what we need to continue to support it.”